I forget exactly when I made my first purchase from eBay, but given how my PayPal account was registered in 2005, my usage of both sites certainly dates back over 10 years.

Most of my transactions were simple purchases – old-fashioned (M42-fit) lenses for various cameras, although there were a few sales (again, mostly old camera gear for which I had no use).

Over that time, as a humble consumer, I accumulated a 100% positive feedback score of 92.

Now this is the part where the story turns sad. 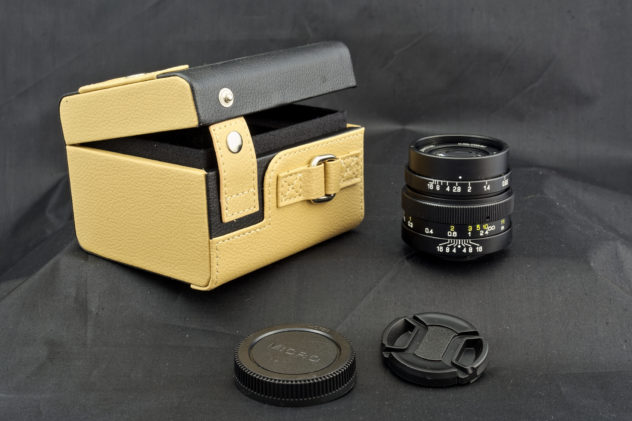 Last year, thinking to experiment with what it might do for my photography, I bought a 25mm f/0.95 lens. It arrived, perfectly functional; it was just that we didn’t really get along. The lens wasn’t particularly sharp – had glowing edge halos wide-open – and not even f/0.95 gives sufficiently narrow DoF to be interesting in the landscape – it just makes the whole thing look soft.

So I put the lens back on eBay. It sold first time, for a significant proportion of the initial cost. Bingo, I thought, wrapped it up and posted it off using eBay’s global shipping programme on its way to Germany.

Nearly a month later, however, the buyer opened a request to return the lens, claiming it was broken.

Well it wasn’t, when it left here, of that I’m certain; I just don’t have a photo to prove it, unfortunately. Either it was broken in transit or the buyer was clumsy with it himself.

Here’s where the problems start. eBay’s website is old and clunky. Every single email they sent with links to “see more details” were links to ebay.de, their German site, requiring me to enter my eBay login details on a page written in German. (“Einloggen!”) Pretty obviously, this was not going to happen – in equal parts, it looks like a phishing scam and I wouldn’t have the German with which to follow through even if I did log in.

Coupled with this, the buyer’s return request did not appear in eBay’s regular messaging system – it’s a semi-related sub-system of its own.

I requested what support I could find on eBay; a lady called me back within a couple of minutes and said it was up to me to try and sort matters directly with the buyer and then I wouldn’t be able to do anything for a fortnight when I could raise a case. I mentioned the language barrier, but subsequent emails persisted in sending me to ebay.de.

I never did get the chance to raise a case; with their language barriers, clunky old-fashioned website and “support” system that goes to extreme lengths to keep users locked in reading FAQs instead of establishing contact with a human, to all intents and purposes eBay denied me any right to reply.

During this time, Paypal adjusted the balance on my account – set it to -£286 when it had been at zero previously, citing the ongoing ebay dispute. I emphasize that this was before eBay had stated any resolution on the matter; they simply adjusted the balance out of the blue. During this time the website would not let me make any amendments to the account; given how this happened before resolution on eBay, I limited potential damages by pulling Paypal’s direct-debit mandates with my banks.

The buyer sent me a rude message demanding to know “what was wrong with me” that I would not reply to the return request. He then opened a case himself. Again, I had no right of reply due to the same language barriers.

After a mere 48 hours more, eBay claimed to have “made a final decision” and found in the buyer’s favour. At that point I managed to see the details of the case the buyer had raised; he had included a photo of the lens showing distorted shutter blades and a note from a local shop certifying it was broken. Of course that doesn’t prove anything; it just confirms it was broken and from what I can make out of the serial number, eliminates the chance of it being a scam to replace the lens.

Paypal claim to have “buyer protection” but say nothing about protecting sellers. There was nothing I could do apart from send Paypal a cheque for the outstanding amount and terminate both accounts as soon as possible.

Today I noticed eBay had allowed the buyer to leave me negative feedback – the first and only such event in over 11 years’ dealing with the site – while still denying me the opportunity to respond, only presenting the options to leave him positive feedback or “leave feedback later”. 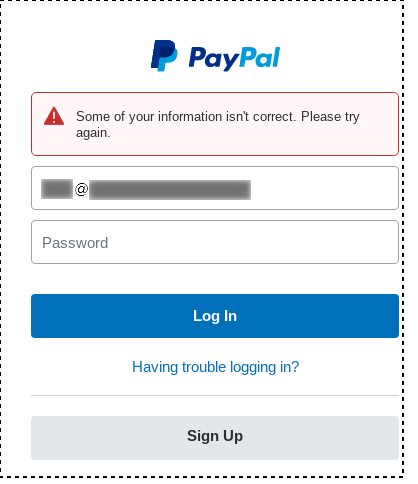 Having trouble logging in? Not really, any more; no.

Unsurprisingly, I find this all horrendously unjust.

I never made a profit selling goods on eBay – at best swapped objects for a fair consideration and often took a slight hit using better postage than required.

So what’s to be learned from the experience?

First, as a geek by trade, I look back a few years to a time when we were talking about Web-2.0 versus Web-1.0. eBay’s website is clearly a product of the Web-1.0 era, and not just with its layout: it uses whole-page impressions where AJAX would be more appropriate; with sub-systems for “returns” bolted-on to, yet incompatible with, the existing “messaging” system; with no single sign-on and nationality-specific sub-sites. It is an ghastly accident of feature-creep instead of design.

Second, as a human being, I’m deeply concerned by the faceless bureaucracy and lack of control. We get accustomed to “just stick it on eBay”, reliant on there always being someone who wants stuff. Contrarily, there are also local shops with whom one can come to part-exchange arrangements.

eBay and PayPal represent the first and largest and best-known steps towards a digital economy. It is easy to be suckered into thinking it necessary to have accounts with them for ease of shopping and transferring money around the place. However, when I see how unjust the systems are, stacked against honest sellers, I can have no further dealings with either site.

And the process of rejecting them both, of realising that my ebay feedback score is not a significant measure of life, is wonderfully liberating.

Update 2017-01-18: forgot to say that, on the original auction, I had checked the box saying my policy is “no returns”. Why do eBay allow that if they proceed to completely ignore it based on the buyer’s say-so?