A couple of weeks ago it occurred to me that, with a holiday looming and desires of taking lots of long timelapse photos of an evening, should I wish to take other scenes while timelapse was recording I’d be out of luck with just the one camera. And so on a whim I followed a friend’s advice and bought a second shooter, a Fuji X-T20.

It’s totally amazing – “the Little Camera that Can™” – personified. Diametrically opposite to everything I’ve become accustomed to with the Pentax K-1: custom user-modes do not encapsulate drive modes such as burst-rate, bracketing or intervalometers, just some rudimentary exposure (auto)-ISO settings and things; and the JPEGs are absolutely stunning, with targets defined within colour-space not by intended purpose (“landscape”, “portrait”) but rather by film-emulation.

It’s so good I’ve reworked my entire RAW-processing workflow such that images from both cameras now look like the Fuji’s out-of-camera JPEGs whilst emulating Fuji Provia slide film of old. Quite some drastic changes required over and above the default RawTherapee profile – most notably yellow-greens are dramatically deeper and greener and there’s a “Fuji red” going off. It’s nice to have a point of reference in colour-space, so I know what’s “normal” and where processing deviates from it.

Anyway. Some quick snaps taken one lunchtime stroll through nearby woods:

And my favourite of all, a partial 22º solar halo – the first photo of the walk: 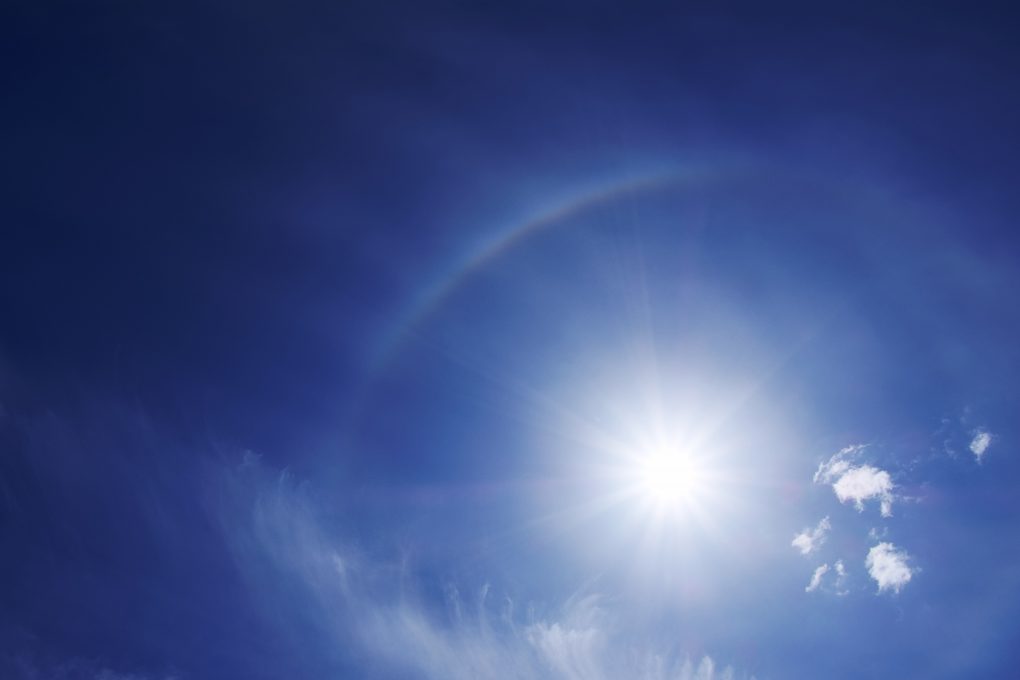 Having just returned from the holiday that prompted the acquisition, it’s interesting just how fast it’s become my primary choice of camera if only for reasons of lighter-weight whilst travelling.