Many years ago, as I was buying my first ever house in Perth, I remember the solicitor advocating the Sma’ Glen as a landscape to explore and photograph. He wasn’t wrong, but it’s taken over a decade to really start to explore it properly.

First there’s the natural appreciation of the place – light and landscape. 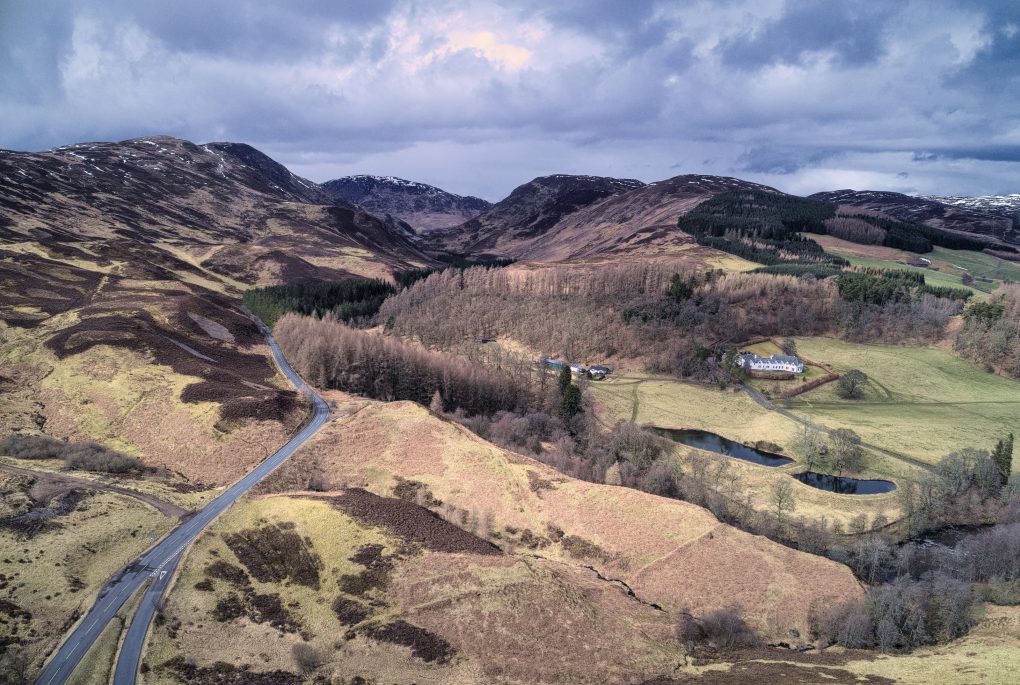 Taken right above the Highland Boundary Fault line looking north to the Sma’ Glen, Dallick House and plantation on the right and Roman Signal Station just visible as concentric rings in the bracken above a small burn.

Then comes the realization, due to geology, that the incredibly lumpy landscape is actually due to the Highland Boundary Fault running right through it – here, from left to right, along the line of the base of the hills and mountains. Lowlands beneath and behind, Highlands beyond to the north.

The second realization, due to heritage, is that the Romans had a series of “glen-blocker” forts along the Gask Ridge, of which one was situated here, at Fendoch. They even had a Signal Station across the road(!) – more accurately, across the fault line too – to alert the fort to incoming invasion from the north.

These days the fort itself is no great shakes – a few stone walls remaining and some faint outlines of rectangular structures beyond – and the Signal Station is a couple of concentric rings and a hint of more structure in the bracken.

Of course the final realization is thanks to the drone: rather that just the “intimate landscape” features within a few meters of one’s nose, one becomes aware of the landscape on a different scale of multiple miles and the way it’s divided up by roads and habitations (and how those have changed over the millenia). 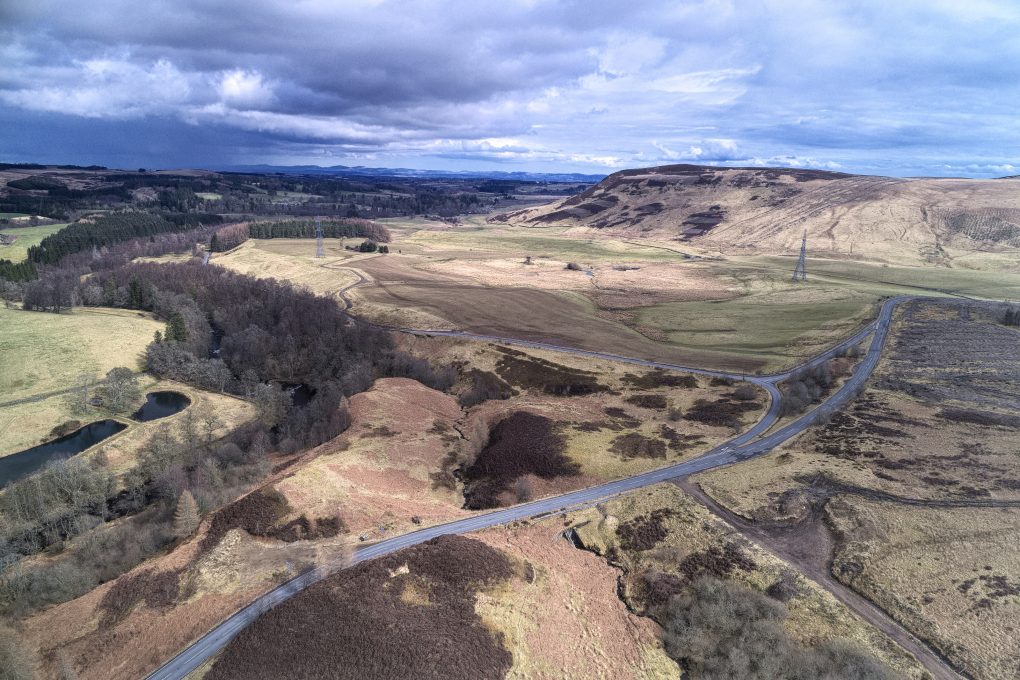 Roads slicing up the landscape: taken above the Roman Signal Station at the foot of the Sma’ Glen, looking south-east over the Highland Boundary Fault to Fendoch Roman Fort (between the pylons and Stroness hill in the distance) and thence along Glen Almond.