It had to be done: 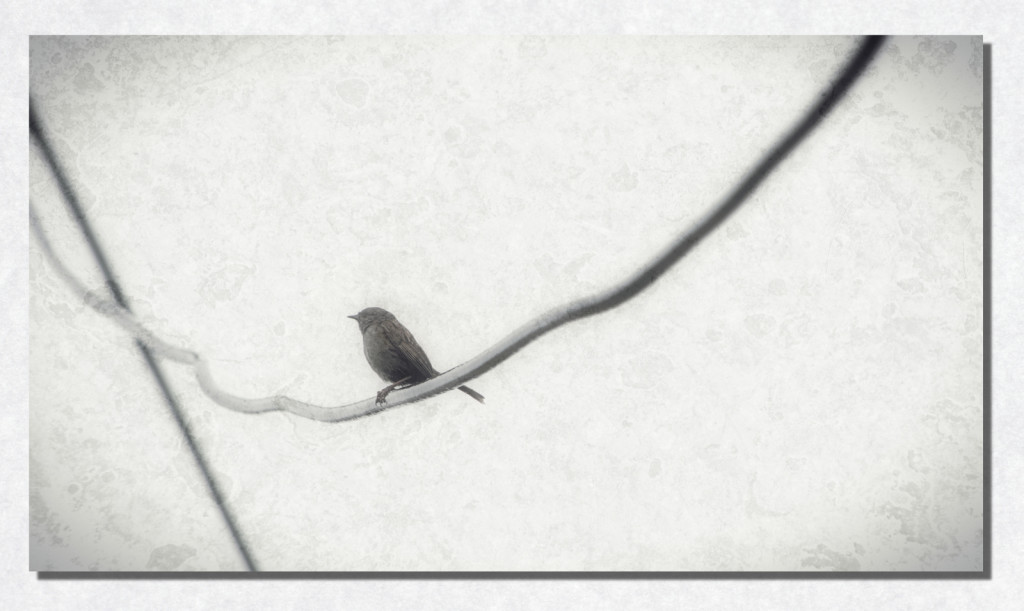 A few days ago a contact on flickr observed I’d entitled a photo in a rather perfunctory fashion, `A Tree‘. The tree itself is relatively characterful, branches blown according to the prevailing wind direction into an exuberant tentacle-waving display; the work that went into the processing of that image was, as usual, significant: it’s a vertorama, the presets used for each image evolved for optimum image quality, the stitching took time, and a lot of time was spent choosing the filtering, black&white conversion and toning.

One thing I noticed about competitions in photography clubs is a distinct tendency for photos to be awarded higher marks according to the literality of their titles relative to their physical subject-matter. This was irksome at the time (as I’m currently “between clubs”), but on a little thought I’ve realised there are several styles of titling photos:

Some photos just fall straight into the latter category. No amount of grungy texture-blending processing is going to stop people seeing my photo of the day today and superstitiously muttering the incantation, “bird on a wire”; a Google image-search brings up an entire page full of similar images, differing mostly in the number of birds involved. Similarly, there’s something in the shared photographer psyche that instantly entitles any example of wabi-sabi as “seen better days”. Googling that is left as an exercise for the reader.

More to the point, if a photographer (or their editor) has sufficient lack of background story to entitle such a shot otherwise, should it have been taken except for the sake of adding to one’s collection?

I’m up to 7 birds on the wire now and they’ve changed into pigeons.