I’ve been to Birnam Hill and Duncan’s Hill area at least six times, so it made a good testing ground for the new Pentax K-1 camera.

It wasn’t the best of days for landscape photography – a bit early in the day for what little light there was to be really photogenic – but there was a moment when the sun broke through and illuminated some birch trees on top of Duncan’s Hill most beautifully: 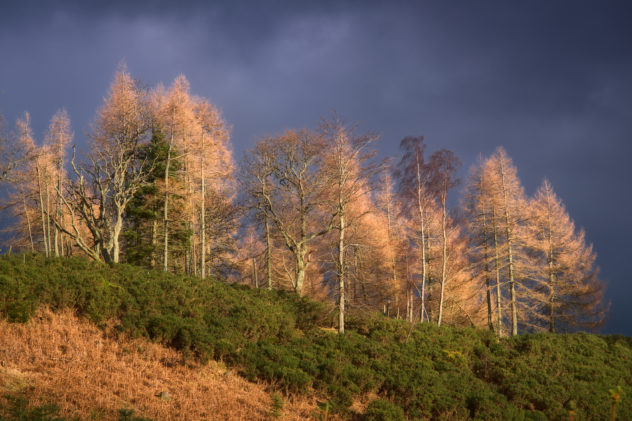 For some years I’ve known the Highland Boundary Fault crosses the A9 around Dunkeld/Birnam area, but never really pinpointed the exact location.

On my first visit I walked around Duncan’s Hill through Birnam Wood and Rochanroy Wood: I observed a particular lump of rock exhibiting clear strata sticking out of the hillside:

As I passed the edge of the established woodland, there was a pronounced drop of about a metre to the level of the new conifer trees to the right. And I wondered if this was a particular noted geological formation. 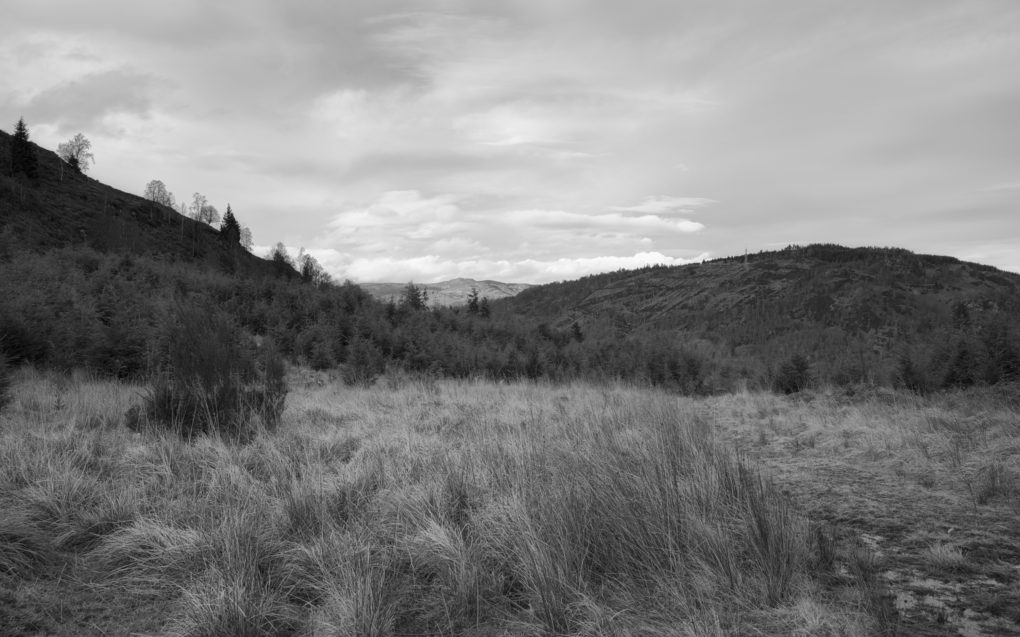 Three paths: this one leads down the line of the Highland Boundary Fault

On more recent visits I geotagged the location and compared with the British Geological Survey’s maps to see the rock types change either side of the dip – till, changing to slate and grit and then to psammite and semipelite typical of the Highlands.

On further investigation with Google Earth, the photo on the corner of the dip is right on the line of the Highland Boundary Fault itself, running up from Rohallion Loch through the lodge, round north-east turning easterly across the A9 south of Birnam. 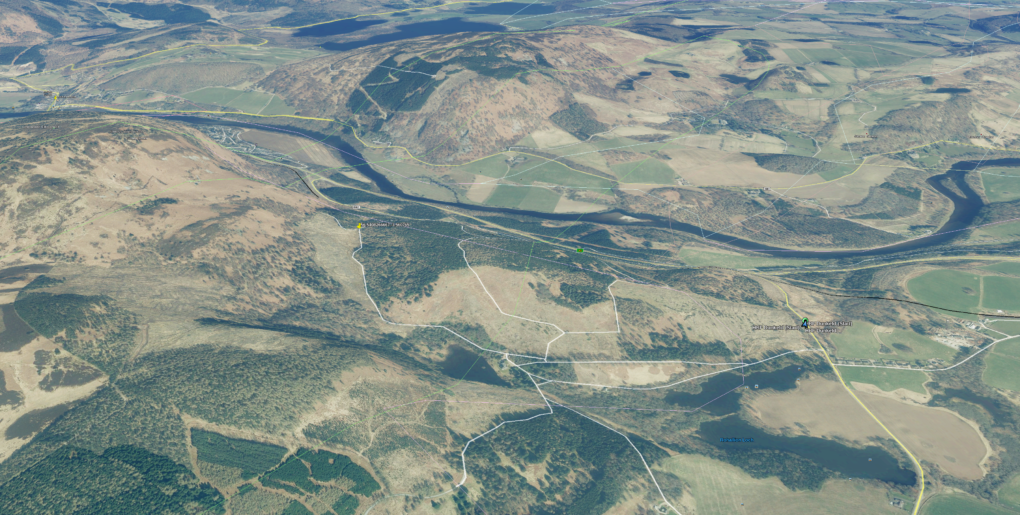 Got it! Clear confirmation. Right on the money, first time 🙂

The path continues across a pronounced dip in the landscape before continuing up the other side to Stair Bridge Viewpoint and the King’s Seat on Birnam Hill. 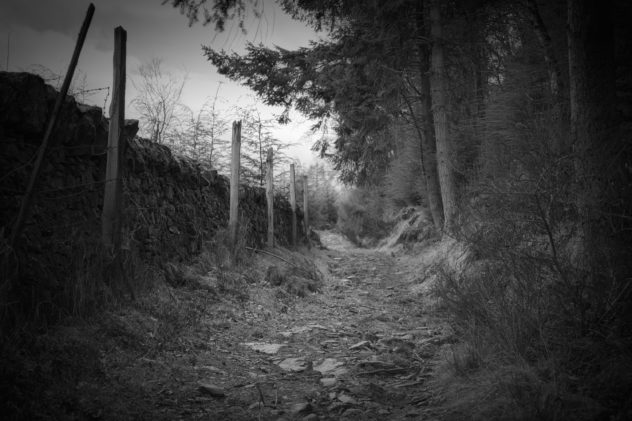 Of course my favourite clear pure waterfall was still running:

The path affords some excellent views back of the Highland Boundary Fault cutting across the landscape: 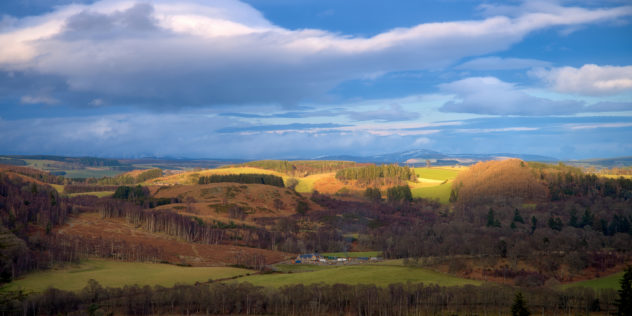 Highland Boundary Fault to the east of Birnam

And finally, as far up the hills as I wanted to go that day, at Stair Bridge Viewpoint I was rewarded with a clear landscape vista over Rohallion Lodge to the Lowlands to the south: 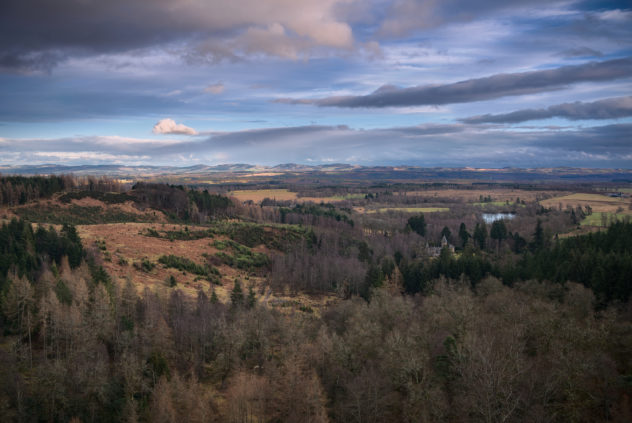