About 3-4 years ago, I first visited Birnam Hill. Made it around Duncan’s Hill to the south and through the woods… As I walked a path between old and new forestry, I wondered why there was a sharp drop down almost a metre to the level of the new trees.

Over subsequent visits I took a few photos, came back and took geotagged photos, all around the same area, went to the BGS, imported bedrock data via KML into Google Earth, correlated with the photos… After a couple of years I’m confident that the dip in the landscape is evidence of the Highland Boundary Fault – a line that runs all the way from Arran and Comrie to the south-west, through Stare Dam and Rohallion Loch and lodge, up along this dip between the trees and away to the east before heading off north-east to near Stonehaven. From a suitable angle it looks like someone’s taken a bicycle tyre and run it over the landscape, causing an impression relative to the surrounding hills and mountains.

Apart from that, the scene from Stair Bridge Viewpoint is highly photogenic and while I’ve made several photos of the view south and east since, I’ve always wanted to fly a drone along the line of the fault.

A few days ago, the dream came true: a perfect clear dry bright sunny winter’s day, snow lying on the ground, low sun illuminating the ground, all quiet and calm.

You have to be standing all-but on the HBF to take this: 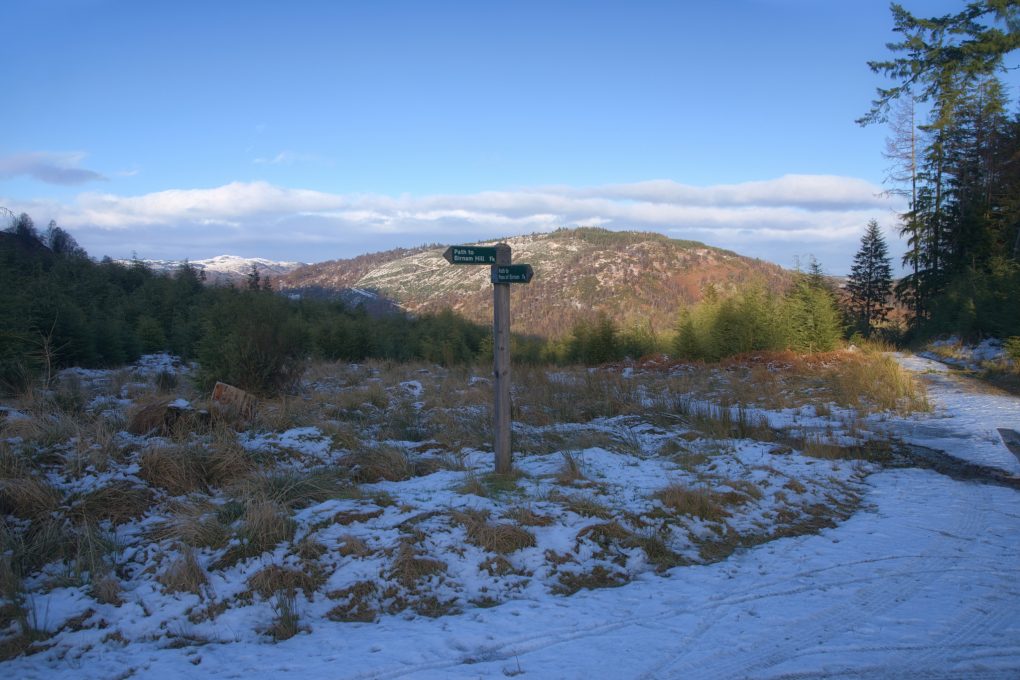 A selfie, of sorts: straight down landing on Stair Bridge:

I managed a couple of runs from near Rohallion Lodge up toward the A9 with the drone, spliced them together into a fly-by to give an impression of the topology.

And a still photo (I still shoot them! – but mostly HDR panoramas…) looking east from above the cusp of the saddle landform between old and new forests: 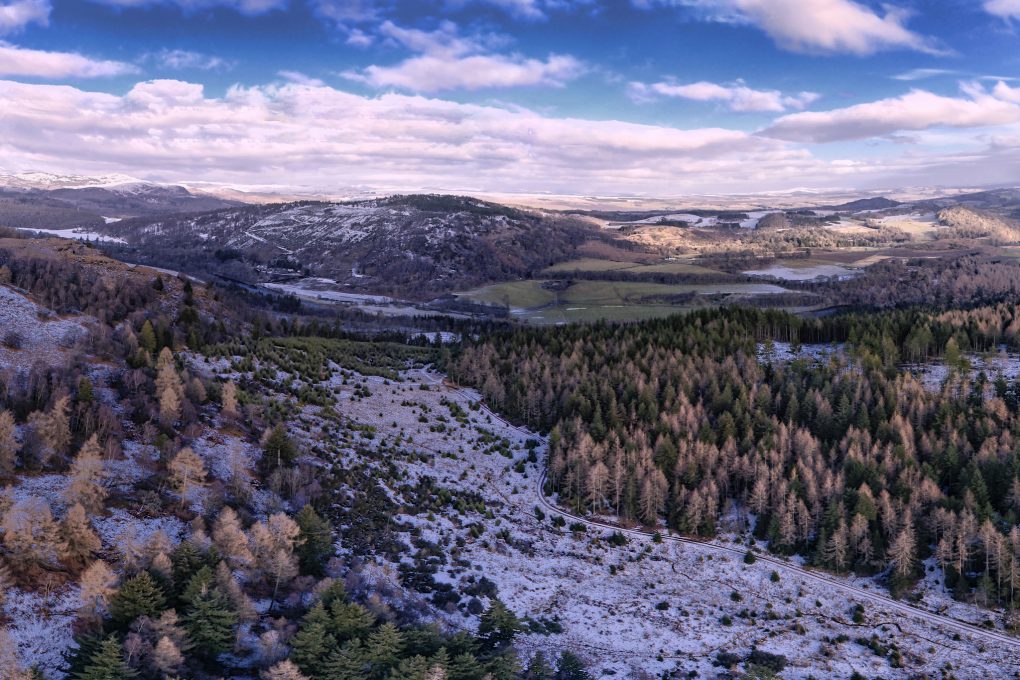 To wrap up the afternoon, there was some lovely light on an avenue of beech trees, walking back to the main road: 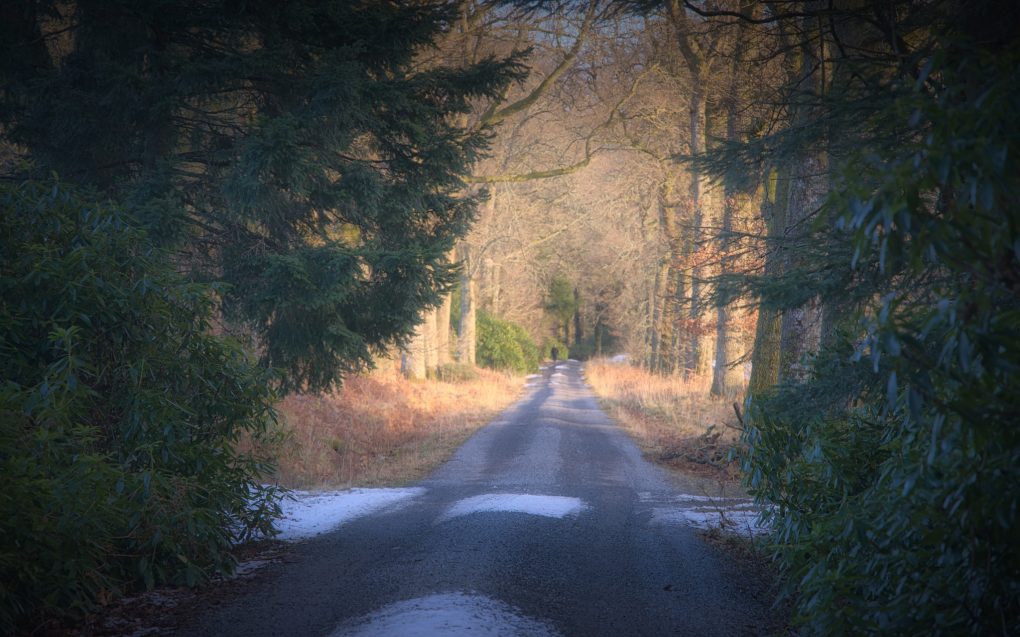