I don’t know how to tag some of these photos: on the one hand, a place that’s been a good walk in the trees for over a decade, but on the other, one that’s now showing the tarnish of human influence. Landscape photographer’s idyll or sad anger?

The Falls of Bruar present several well-known scenes. My own story is of having bought a tripod to do justice to a particular view and then using it to shoot a “hole in the ground in failed light” instead, thus getting one of my most-popular photos on flickr. I’ve been back probably 10 times over more years and enjoyed the stroll up the side of the gorge, admired the rocks, watched the three waterfalls doing their thing.

First there’s the regular cliché photo approaching the lower bridge – everyone gets the view from the top of the gorge opposite the lower bridge; I flew the drone down into the gorge and shot it from more on a level with the natural arch:

Nice rocks – psammite and semi-pelite as most of the Highlands, with the shear strata arising from the end of the Loch Tay fault-line.

Around the corner, there’s a viewpoint amongst the rocks of the second waterfall above the lower bridge:

Rising above the gorge one can see the pine trees lining the Bruar Water – it also shows how the middle cascades extend much further upstream than might be expected from the compressed perspective of ground level: 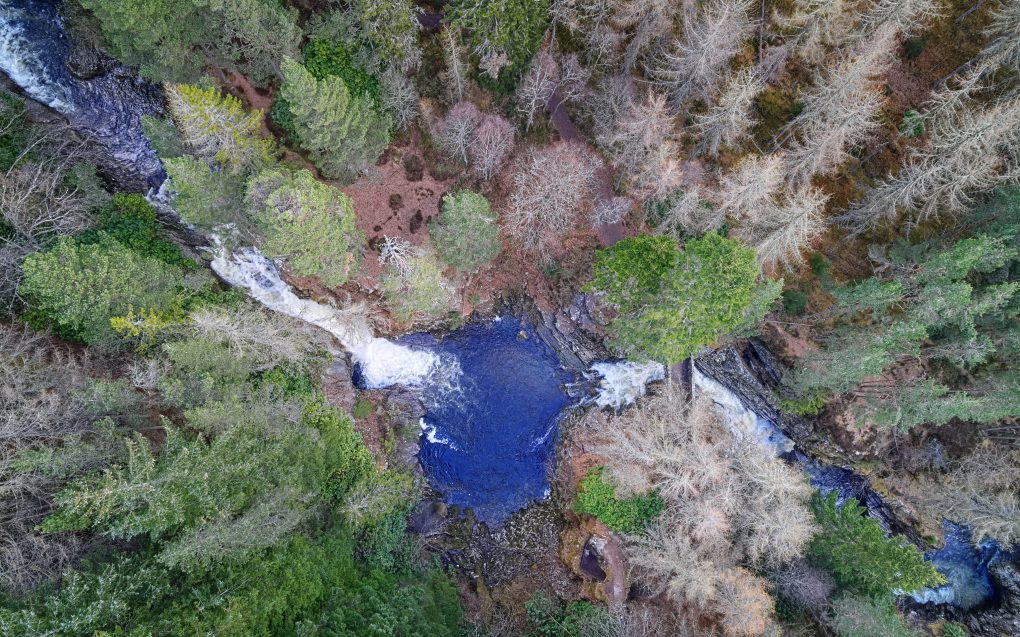 Abstract view of the lower Falls of Bruar

However, this visit was far from happy. Apart from some offensive uncouth ned muttering “hope you lose your drone” as he passed by, and the hordes of random unwelcome people thinking they were entitled to pester the dog, there are massive botanical problems: the two bridges have been closed so the path up the right side of the gorge is inaccessible due to tree works – possibly because of disease although I’m unconvinced this is the whole reason. 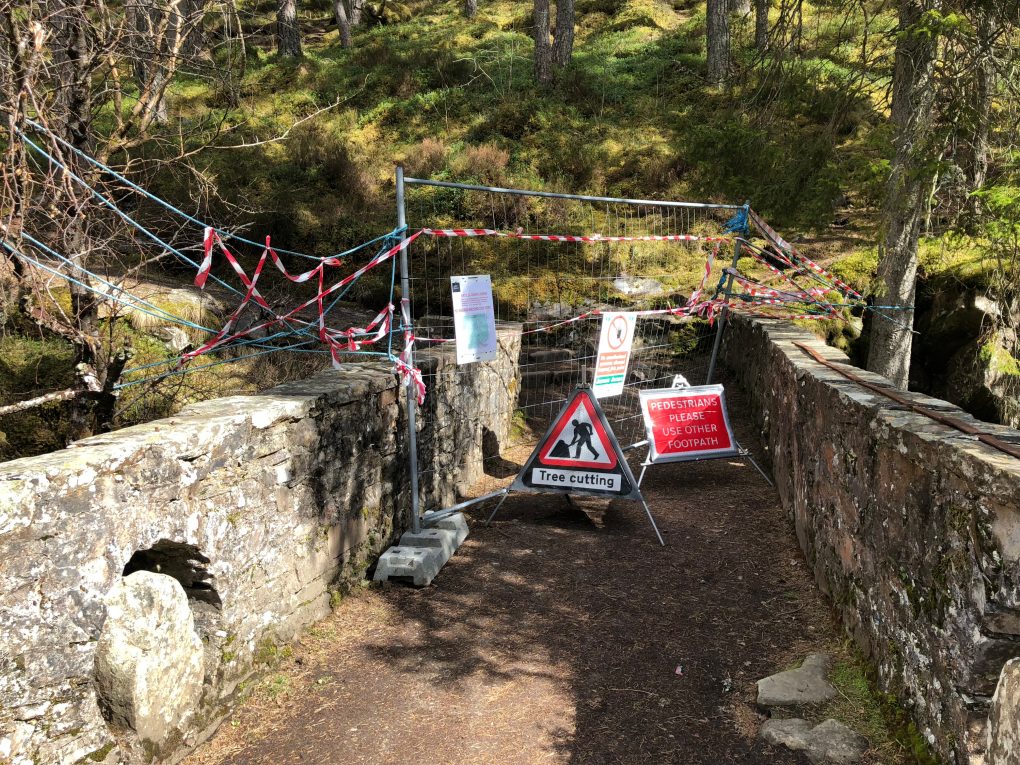 Walking up the left side of the gorge instead, the area is infested with non-native invasive rhododendron bushes; the Forestry on the adjacent hillsides has been harvested leaving a horrendous unsightly barren landscape; the burns and tributaries beside the path are in a dire state of disrepair also.

Who wants to walk along here?

This is the trouble with well-known landscape locations; as photographers we like the illusion of wilderness, or at least that places are natural. Bruar has become no more than an ill-kempt garden with a water-feature running through the rockery. The light and shade and calming deep greens are no more to be seen.

I’m giving it a decade to recover before revisiting.