Driving up the M90 past Stirling there is a little mound of a hillock at Craigforth, opposite Cambusbarron, which I thought might afford a nice view of the city at dusk.
In practice the mound is owned by a large insurance company with lots of restricted access by road, so I found Scout Head hill a couple of miles down the A811 near Gargunnock.
The snow was nearly a foot deep in parts so it took 1.5hr to walk 3 miles, uphill and down, to say nothing of 1.5hr making photos off the top.

The light was totally awesome. As expected, the hill’s shadow crept across the landscape, chasing the warm sunlight up the Wallace Monument and Stirling Castle, leaving Dumyat as the sky turned pink/purple/blue in the Earth’s Shadow.

I made a little timelapse video: 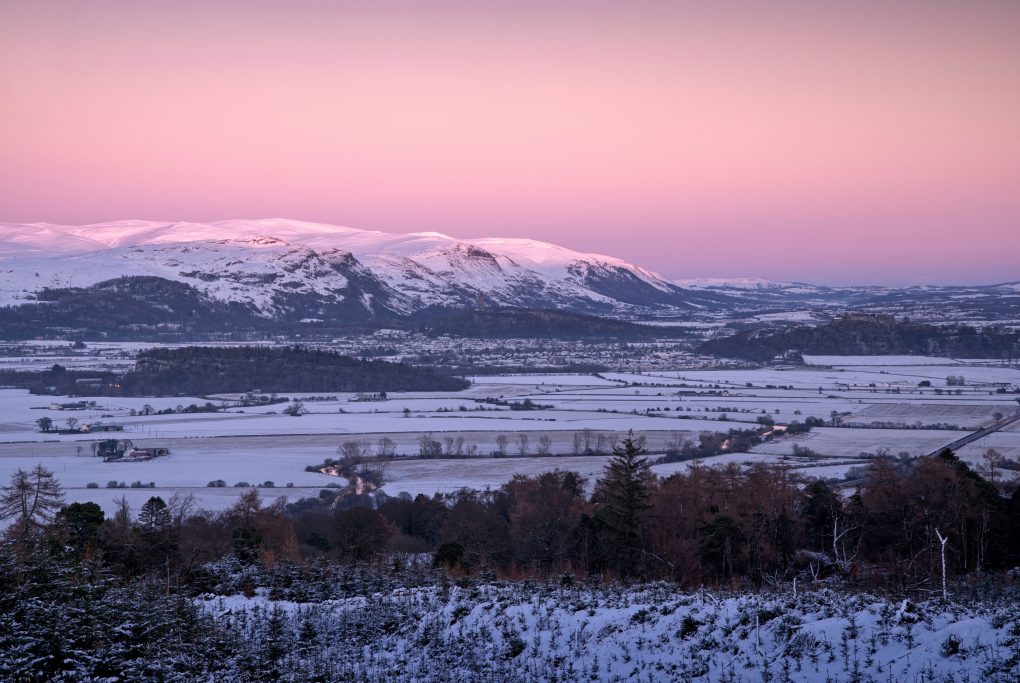 Beautiful winter landscape; the shadow moved its way across the landscape, with the last light making its way over the Wallace Monument and Stirling Castle before heading up Dumyat

I flew the drone away from the camera location and made an HDR panorama of Stirling from the air: 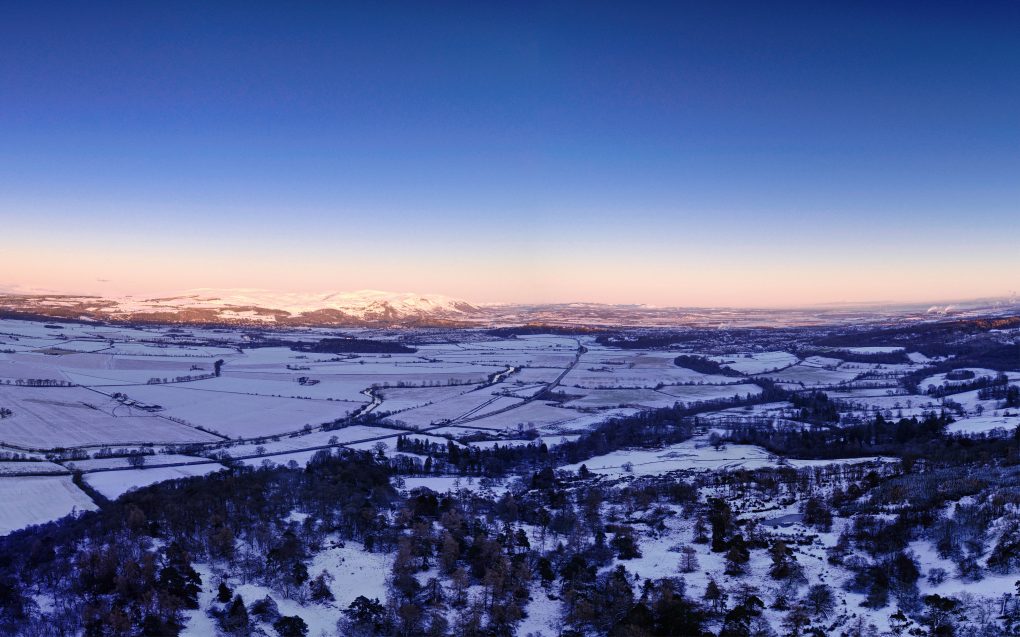 The last of the warm light – foreground partially cleared forestry in the shadow of Scout Head hill – contrasting with light on Craigforth, the Wallace Monument and Stirling Castle with Dumyat in the background.

Walking back down the hill in the cold twilight, the mountains of the Trossachs were glowing with white snow against the cobalt blue sky. 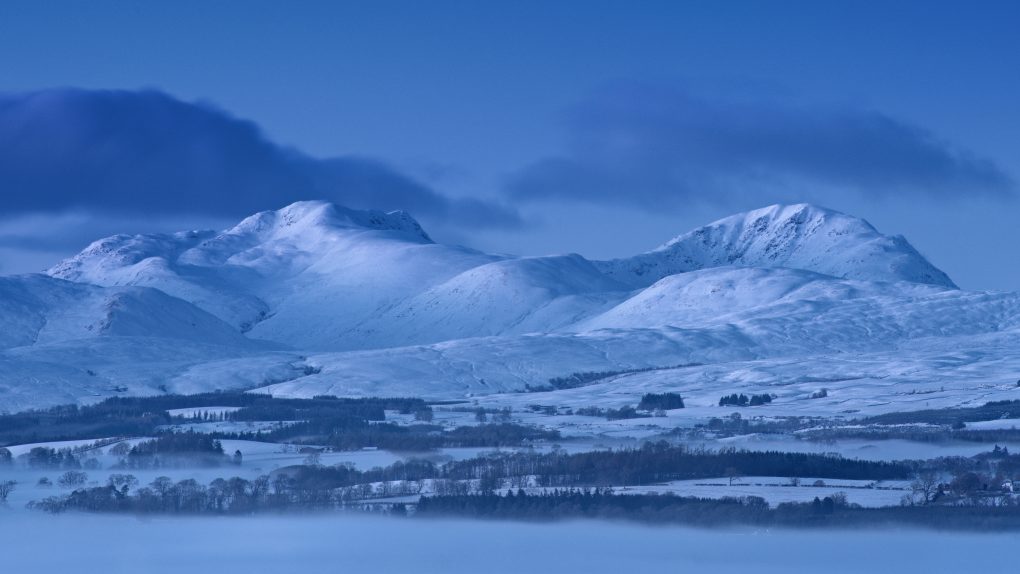 (I loved that light so much, I’ve made it available as a framed print via RedBubble already.)

The Forth is just a wee river this far west, but it still gave rise to a cloud of mist obscuring the view of local farms: 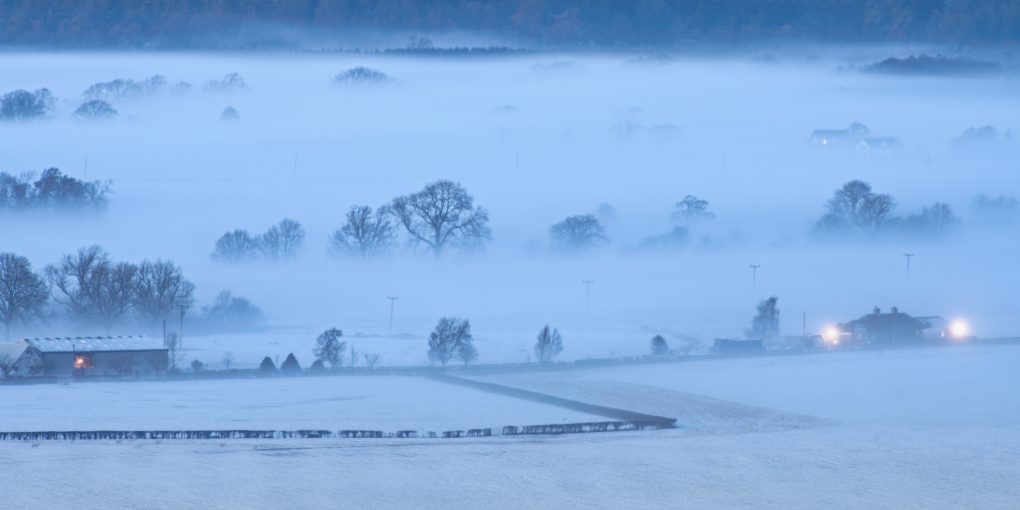 It’s only a wee river at this point, but the Forth gave off a large cloud of mist after dusk, obscuring the local farms.

And finishing up with the mankind-vs-nature theme, the Wallace Monument and orange streetlights of Stirling made a great contrast against the blue sky: 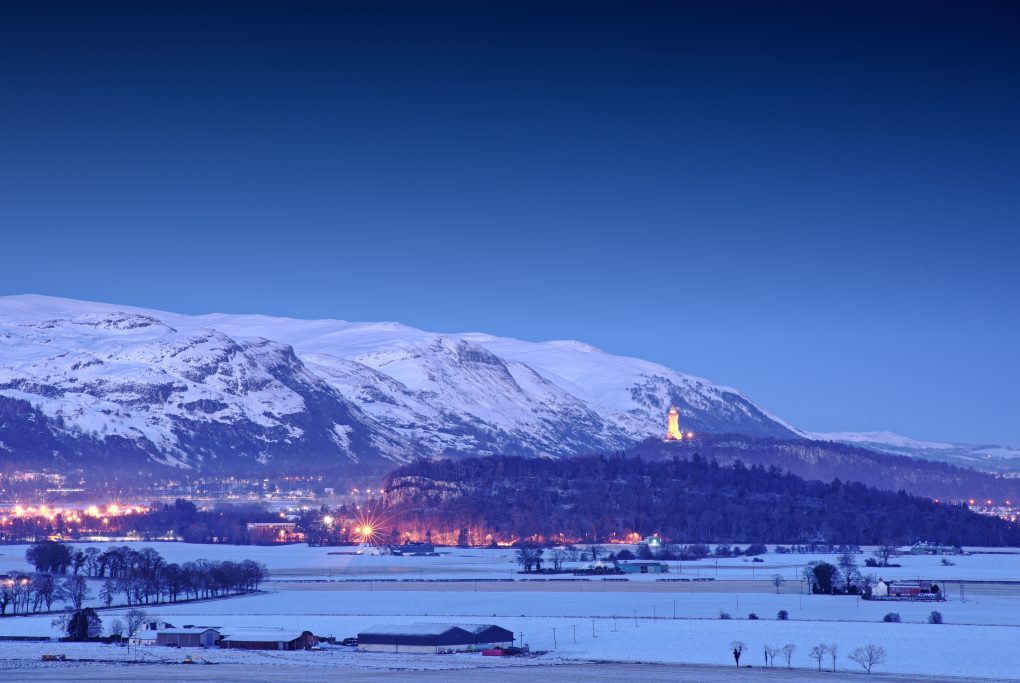 A mixture of lighting: vibrant orange tones of Stirling contrasting with the cobalt blue night sky above.