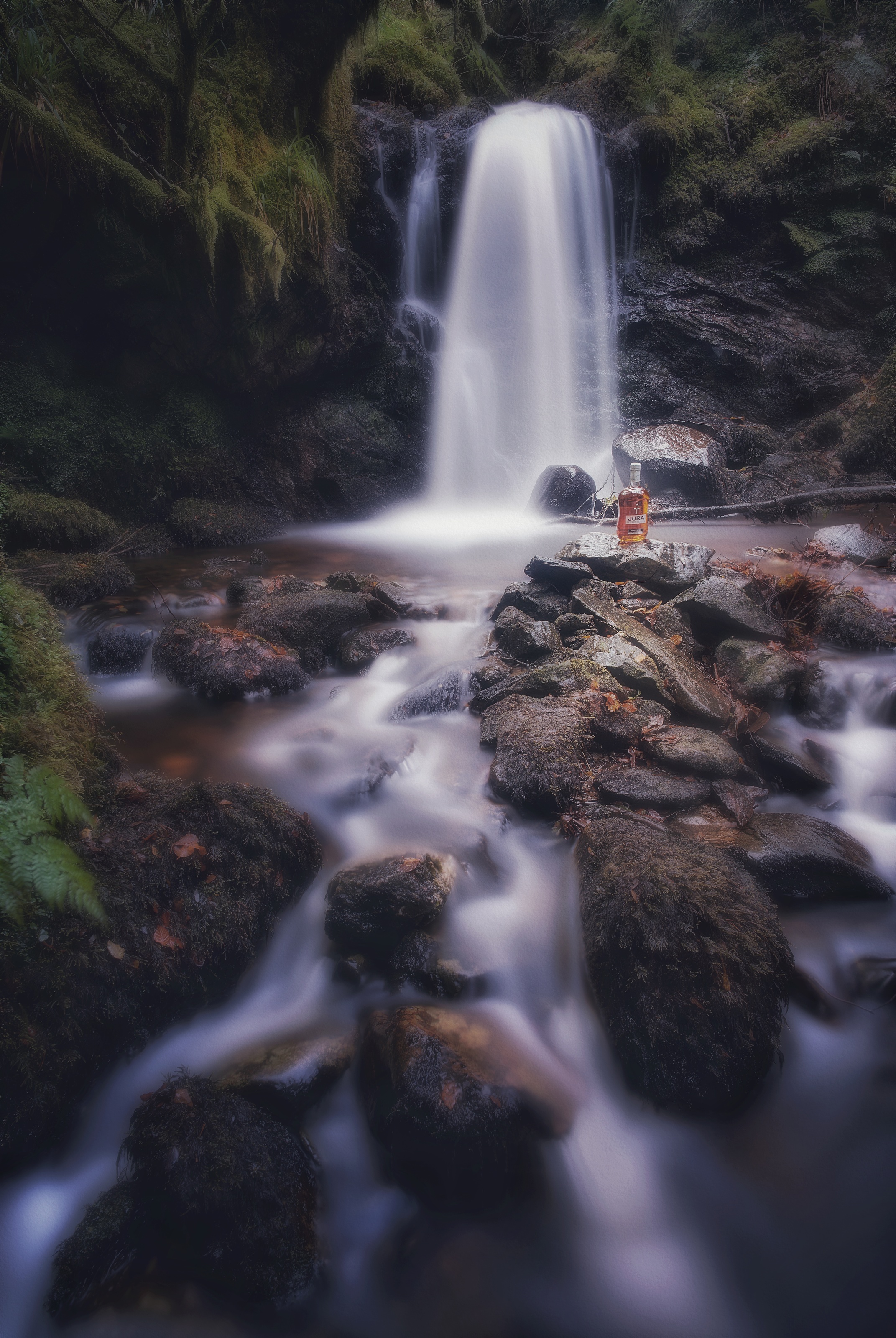 I quite like Isle of Jura whisky… not necessarily on the rocks though.

This shot took quite a bit of work to make – juggling a 24mm wide-angle prime lens in a burn requires very careful placement of the tripod to take advantage of the leading-lines of water and rocks.
Having placed the bottle I hid slightly out of frame to the right while a friend pushed the shutter; during the course of four 20s pixel-shift exposures I splashed back and forth through the scene manually firing a flash gun over the bottle and stones (1/8th power, diffused, with reflector card out to mask the flash itself).
Post-processing is mostly in Affinity Photo to tone, soften and highlight the bottle further, followed by Snapseed for more glow.

I also tried the same idea using a very wide aperture – around f/1.8 – but that did not help lead the eye toward the bottle and its orange nectar contents; the subject distance meant that even at tjat aperture the DoF extended too far into the waterfall. The combination of soft-light blurs and gradients and masks in post-processing is more effective.