In the middle of January, I went for a drive around Glen Lyon. There was enough snow lying that the road was slippy on corners, so I didn’t get anywhere near as far in as I would have liked, but still, the light was a special kind of low cool glow. 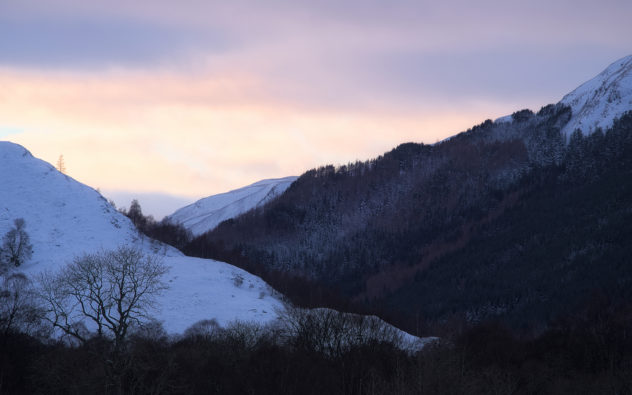 Just a few twists along the road into Glen Lyon from Fortingall – we’re going that way into the glowing light, folks. 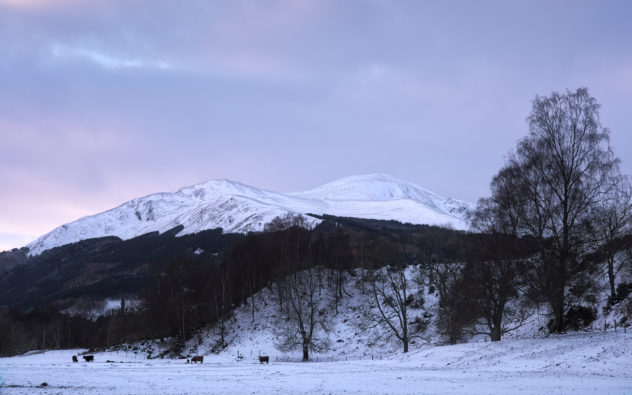 Trees draped like a fuzzy fir coat over a snowy mountain

This is a pretty commonly shot view from a small layby – but beautiful in the cold winter light, showing the shapes of craggy mountains: 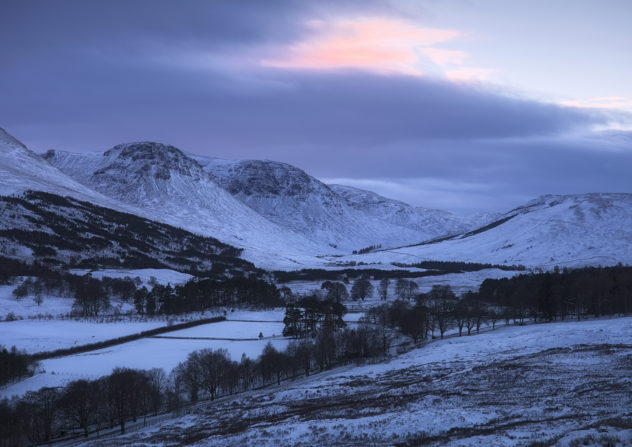 And that was as far as I dared go for the snow. Turning back, I stopped by the roadside to check out a particularly photogenic little lochan lurking on the edge of the forestry:

Snow resting on a frozen lochan, Glen Lyon – I loved the way it sits on the edge of the forestry. 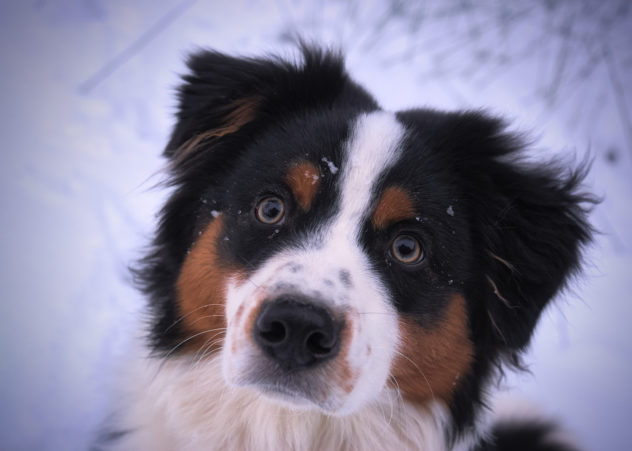 By the side of the river, dusk was long gone and the blue hour had well and truly set in. 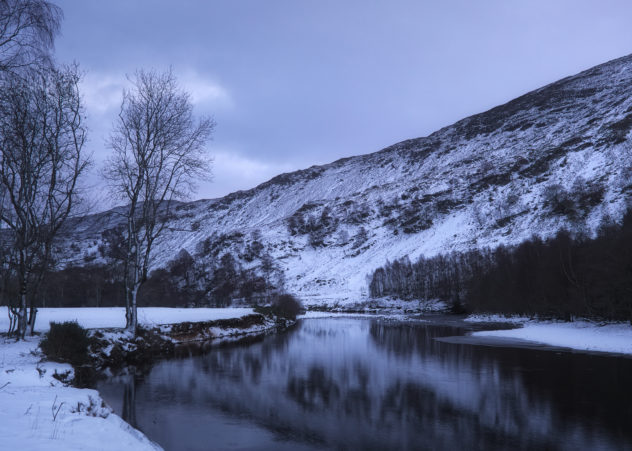 Snow lying on craggy hillsides beside the River Lyon