There is a trope that photography involves taking a single RAW image, hunching over the desktop poking sliders in Lightroom, and publishing one JPEG; if you want less noise you buy noise-reduction software; if you want larger images, you buy upscaling software. It’s not the way I work.

I prefer to make the most of the scene, capturing lots of real-world photons as a form of future-proofing. Hence I was pleased to be able to fulfil a print order last year that involved making a 34″-wide print from an image captured on an ancient Lumix GH2 many years ago. Accordingly, I’ve been blending multiple source images per output, simply varying one or two dimensions: simple stacking, stacking with sub-pixel super-resolution, HDR, panoramas and occasionally focus-stacking as the situation demands.

I do have a favoured approach, which is to compose the scene as closely as possible to the desired image, then shoot hand-held with HDR bracketing; this combines greater dynamic range, some noise-reduction and scope for super-resolution (upscaling).

I have also almost perfected a purely open-source workflow on Linux with scope for lots of automation – the only areas of manual intervention were setting the initial RAW conversion profile in RawTherapee and the collation of images into groups in order to run blending in batch.

After a while, inevitably, it was simply becoming too computationally intensive to be upscaling and blending images in post, so I bought an Olympus Pen-F with a view to using its high-resolution mode, pushing the sub-pixel realignment into hardware. That worked, and I could enjoy two custom setting presets (one for HDR and allowing walk-around shooting with upscaling, one for hi-res mode on a tripod), albeit with some limitations – no more than 8s base exposure (hence exposure times being quoted as “8x8s”), no smaller than f/8, no greater than ISO 1600. For landscape, this is not always ideal – what if 64s long exposure doesn’t give adequate cloud blur, or falls between one’s ND64 little- and ND1000 big-stopper filters? What if the focal length and subject distance require f/10 for DoF?

All that changed when I swapped all the Olympus gear for a Pentax K-1 a couple of weekends ago. Full-frame with beautiful tonality – smooth gradation and no noise. A quick test in the shop and I could enable both HDR and pixel-shift mode and save RAW files (.PEF or .DNG) and in the case of pixel-shift mode, was limited to 30s rather than 8s – no worse than regular manual mode before switching to bulb timing. And 36 megapixels for both single and multi-shot modes. Done deal.

One problem: I spent the first evening collecting data, er, taking photos at a well-known landscape scene, came home with a mixture of RAW files, some of which were 40-odd MB, some 130-odd MB; so obviously multiple frames’ data was being stored. However, using RawTherapee to open the images – either PEF or DNG – it didn’t seem like the exposures were as long as I expected from the JPEGs.

A lot of reviews of the K-1 concentrate on pixel-shift mode, saying how it has options to correct subject-motion or not, etc, and agonizing over how which commercial RAW-converter handles the motion. What they do not make clear is that the K-1 only performs any blend when outputting JPEGs, which is also used as the preview image embedded in the RAW file; the DNG or PEF files are simply concatenations of sub-frames with no processing applied in-camera.

On a simple test using pixel-shift mode with the camera pointing at the floor for the first two frames and to the ceiling for the latter two, it quickly becomes apparent that RawTherapee is only reading the first frame within a PEF or DNG file and ignoring the rest.

Disaster? End of the world? I think not.

If you use dcraw to probe the source files, you see things like:

On further inspection, both PEF and DNG formats are capable of storing multiple sub-frames.

After a bit of investigation, I came up with an optimal set of parameters to dcraw with which to extract all four images with predictable filenames, making the most of the image quality available:

At this point, I could hook in to the workflow I was using previously, but instead of worrying how to regroup multiple RAWs into one output, the camera has done that already and all we need do is retain the base filename whilst blending.

After a few hours’ hacking, I came up with this little zsh shell function that completely automates the RAW conversion process:

Here’s how the results are organized:

The result is a directory of processed results with all the RAW conversion performed using consistent parameters (in particular, white-balance and exposure come entirely from the camera only) so, apart from correcting for lens aberrations, anything else is an artistic decision not a technical one. Point darktable at the processed/ directory and off you go.

All worries about how well “the camera” or “the RAW converter” handle motion in the subject in pixel-shift mode are irrelevant when you take explicit control over it yourself using enfuse.

Happy Conclusion: whether I’m shooting single frames in a social setting, or walking around doing hand-held HDR, or taking my time to use a tripod out in the landscape (each situation being a user preset on the camera), the same one command suffices to produce optimal RAW conversions. 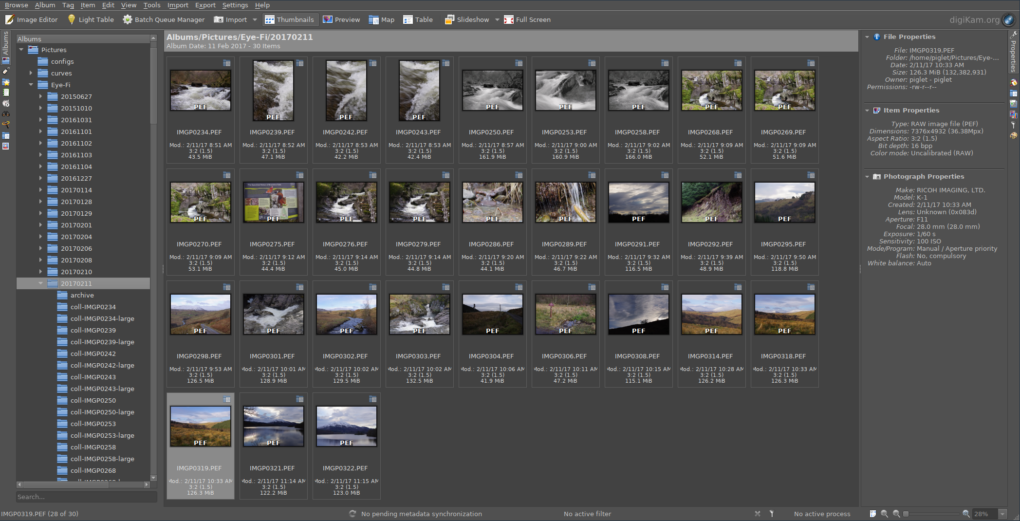 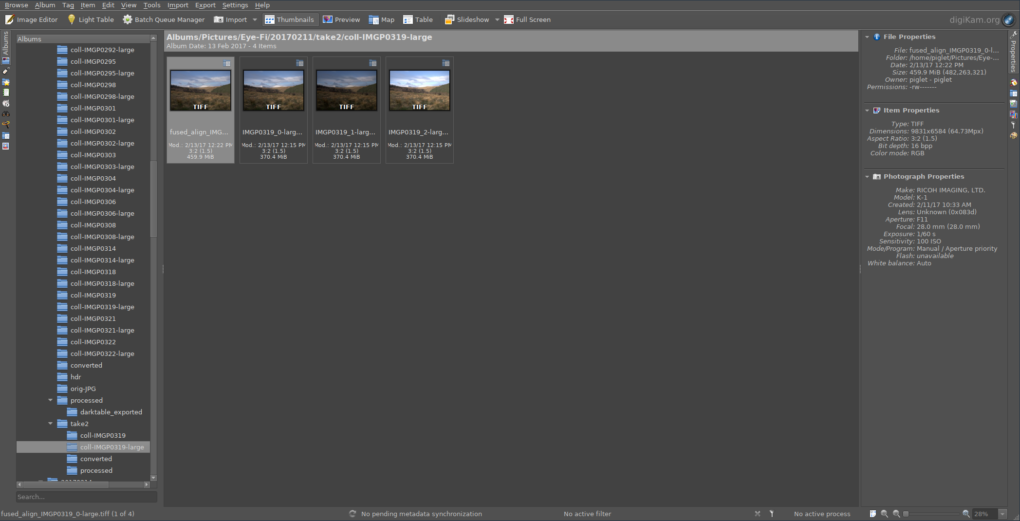 One of the intermediate directories, showing 1.33x upscaling and HDR blending 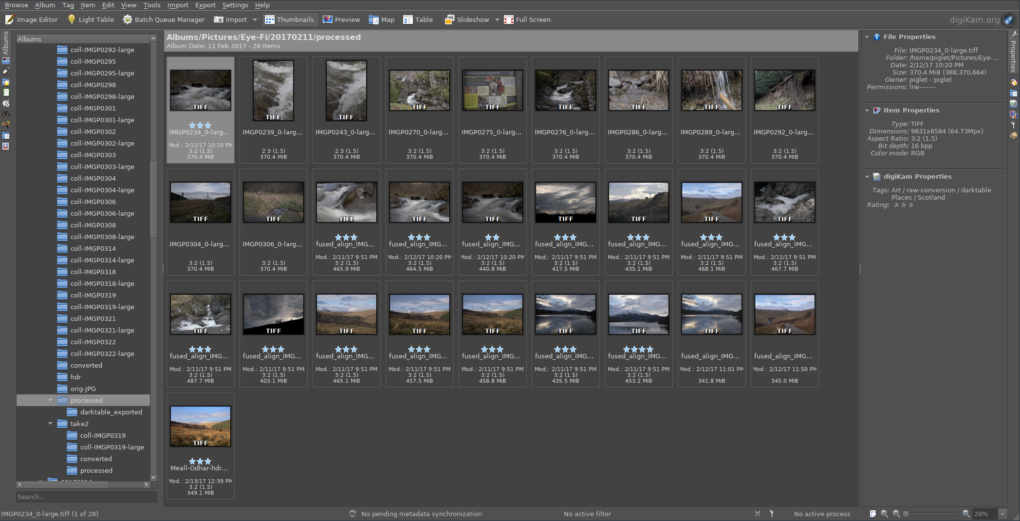 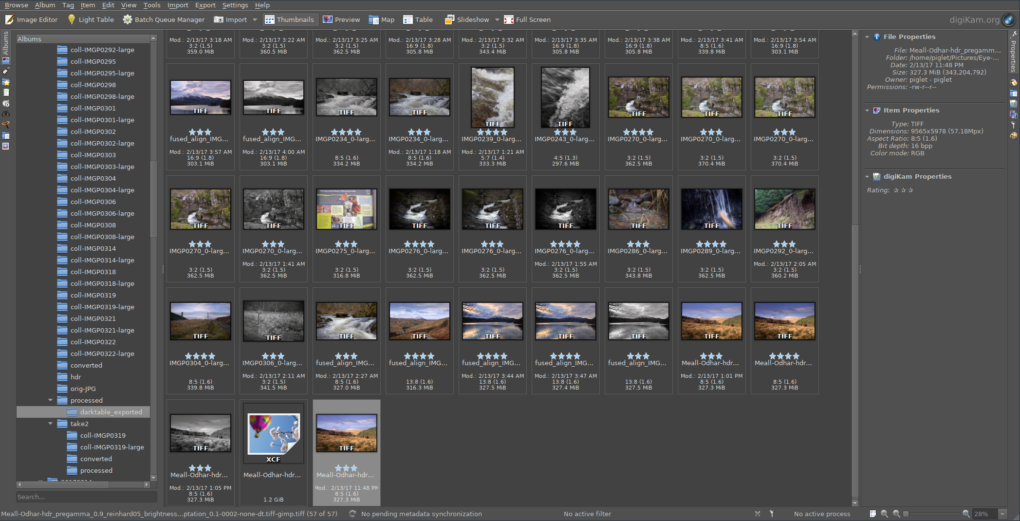 The results of running darktable on all the processed TIFFs – custom profiles applied, some images converted to black+white, etc 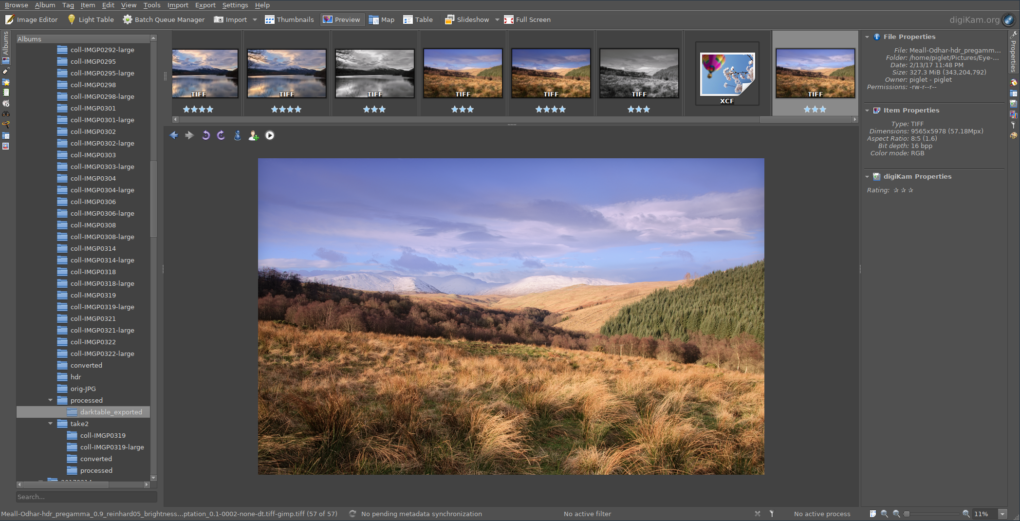 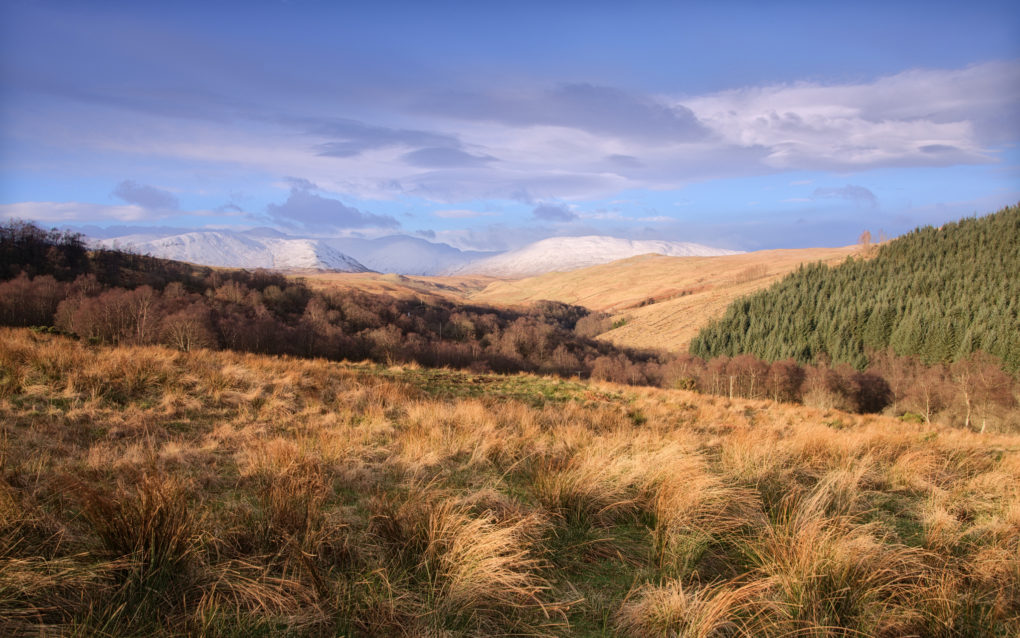