Four and a half years ago I bought basalt,. a Lenovo Thinkpad W520 notebook.
Named for being black and geometrically regular, he was not cheap, but then the hardware was chosen for longevity. He did everything – mostly sitting on the desk being a workstation, for both photo-processing and work, with added portability. And he was fast… very fast.

He’s done sterling service, but the time has come for a bit of an upgrade. Since I haven’t done so for a few years now, I built the replacement workstation by hand.

So, after much shopping (mostly on Amazon with a couple of trips to the local Maplin’s), meet rhyolite – named because the red fan LEDs in the case remind me of the pink granite rock in Glen Etive.

It’s funny how oblivious we can be of  machines slowing down and software bloating over time, rather like the proverbial boiling lobster and then when I look up, things can be done 4-5x as fast.

It’s really funny when you copy your entire home directory across wholesale and see what used to be a full-screen maximized Firefox window now occupying barely a quarter of the new display. 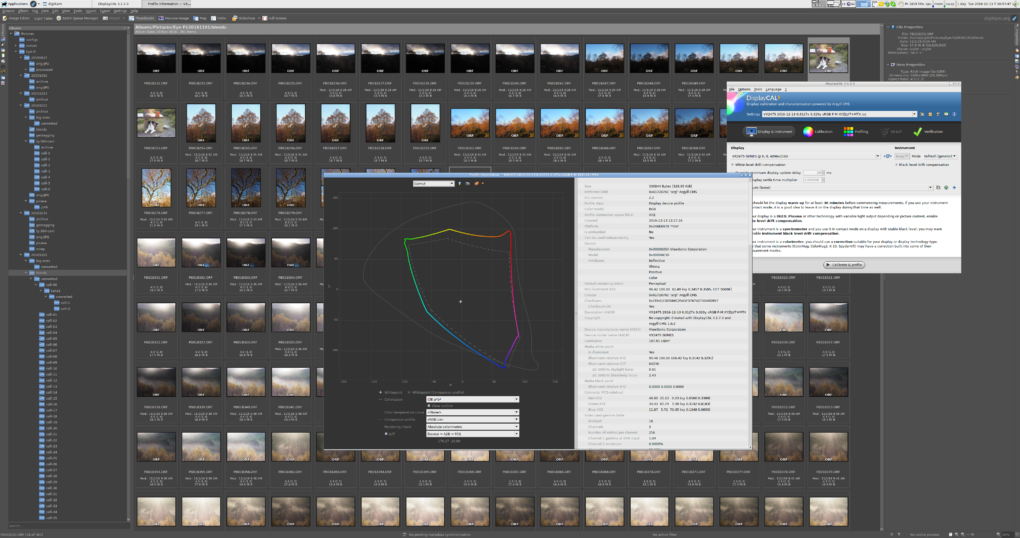 How many photo thumbnails can you fit in a 4K display?

There’s only one downside: sometimes I miss having a trackpad in the middle of the keyboard area…