Further experiments making timelapse videos – this time the sunset looking across Strathearn to Crieff – from my favourite spot for hunting aurora.

The second has Ursa Major emerging, one star at a time, over the course of 50 minutes around midnight.

Both were taken using the Olympus Pen-F with its built-in intervalometer – the first with the 12-60mm f/2.8 PRO (four-thirds) lens, the second with the 7-14mm f/2.8 PRO (micro-four-thirds) lens – but the RAW ORF files were reprocessed using RawTherapee for better tone control, the results interpolated to generate 1500 frames (1 minute at 25fps) using a custom Julia script and merged with ffmpeg.

The audio is a minute of the T-in-the-Park festival recorded from a mile away with vocals added by sheep in nearby fields. A quick frequency analysis in Audacity shows the thumping bass peaks at around 58Hz (A1)… 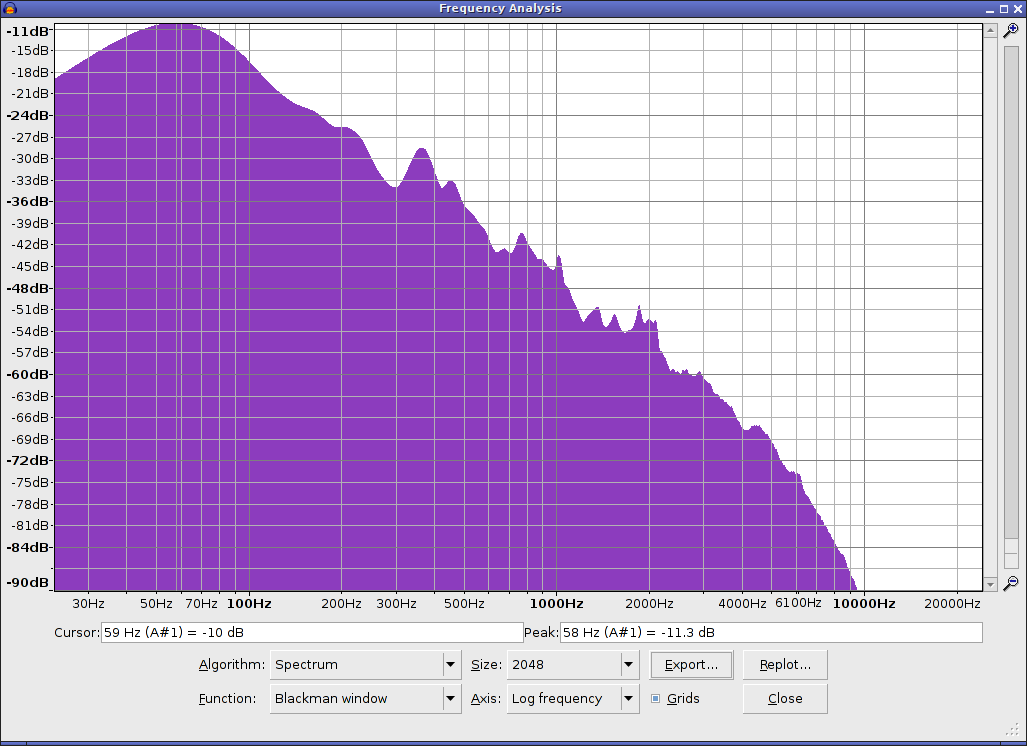