I’ve not wasted time before getting out and about with the new camera. I saw a photo on flickr of the sea stack at Muchalls on the Aberdeenshire coast, near Stonehaven, which prompted a visit to explore the area and drive through lots of scenery. Unfortunately the path down to the beach was too slippy and muddy, so I settled for a higher vantage-point overlooking the rocky beach. 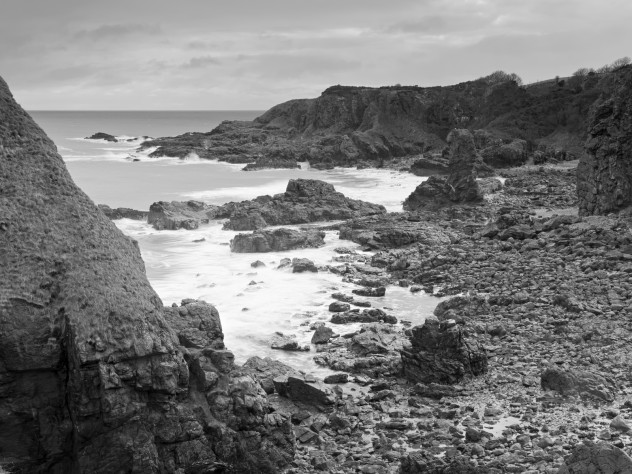 I continued to drive all around the A93 loop from near Stonehaven to Banchory and Ballater – the road lined with favourable Scots pine trees. The sun set as I was passing the Muir of Dinnet. This sunset silhouette was made using my old Pentacon 50mm f/1.8 lens:

The real delight of the day’s drive was rattling down Glenshee in the dusk. It was -2C outside; with the light having faded, the sky was a beautiful shade of cobalt blue, against which the silvery white of the pure snow capping the mountains was simply breathtaking.

Sirius Rising over Leacann Dubh and Creag Leacach – I know it was Sirius because by the end of the combined 64-second exposure, Orion was well visible to its right.

It feels so good to be back enjoying the landscape again.