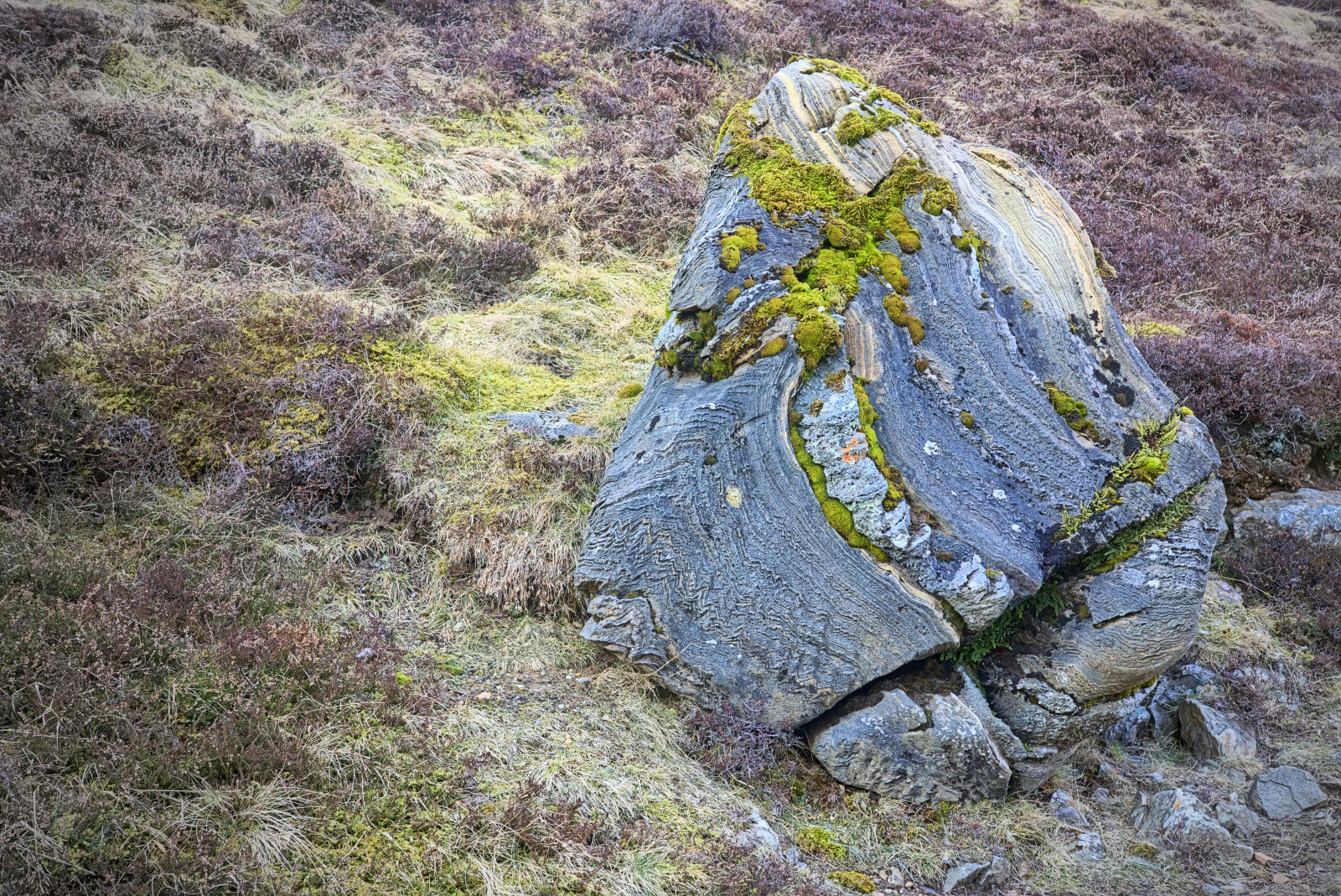 An outstanding boulder. The BGS has this to say about the geology of the area:

You can say that again – a wonderful colourful mix of sedimentary wiggle shapes and coarse schist with marbling layers through it.