In a previous life I used to attend the local photography club; there were ups (friends; winning the occasional competition; being involved, mostly in geekish matters; making the occasional presentation) and some noteworthy downs (a very rude judge; a feeling that photos were judged according to how “lucky” they were to have been found, rather than appreciating skill in the making). On the whole, however, they were welcoming and friendly and it was generally “my” club.

So, now we’ve settled elsewhere in the country, I thought I’d investigate the local camera club.

Such conversation as there was was mostly limited to willy-waving equipment:

It being the first night of the season, there was a short presentation of a selection of images (of varying degrees of appeal; “sorry but we haven’t calibrated the projector yet” – and it showed, as the red channel was completely blown) and an awful lot of laying-down rules about competitions (down to 2 photos per contributor per competition, inexplicably; a meagre 1024*768px size for digital submissions).

The arguments are old, tired and banal. There was no evidence of people being interested in each others’ choice of subject-matter or approaches to it – what makes them tick as photographers, people, artists. Like landscape or find it too anyone-can-appreciate-it common-denominator? Like portraiture? Sports? Abstract art, fine art? Microscopy?

As a parallel to the hardware fixation, all talk of software – including, critically, “advancing one’s photography” – centred on Adobe Photoshop, as though it were the only tool out there. 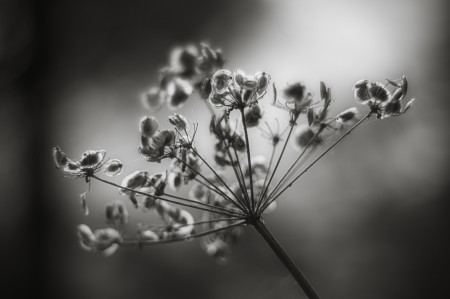 To state the obvious, photography is not about hardware – the clue’s in the name: light-writing; it’s about image – the image – and what thoughts it evokes in one’s brain. Advancement is a matter of choice, control (pushing the right buttons for desired outcomes) and knowledge – the practical experiences of requirements and attainability at time of shooting and of rationally choosing settings for their consequences as a function of the image-space (rather than as individual corrections or tweaks) in post-processing.

Nor is post-processing all about Photoshop either – but I know what saturation, high-pass sharpening, barrel-distortion-correction and channel-mixing do to an image, and I know how my particular camera behaves with noise arising from high ISO as distinct from longer exposures, and that I prefer to remove both kinds of the camera’s noise as much as possible only to reapply synthetic grain using a Perlin noise generator. All are functions of the image, independent of the software being used.

From experience, the best a competition can do is assign a score – subject to the judge’s biases – and, typically, make some superficial remarks about if one were to “…just tweak the sharpness a bit”… as though there were only one such control (I can think of simple, deconvolution, unsharp masking, high-pass, refocus and Wiener sharpening algorithms off the top of my head – which of these do they just mean?!). This does not lead to advancement.

I do not have to subscribe to their arbitrary rules, limitations and regulations.

I will not be attending that photo-club.

I have images to be making!

5 thoughts on “My Photography Zen just ran over your Dogma”