A few months ago, when we moved into the area, one of the first local scenes I spotted was this view of beech trees along the brow of a small hill, running along the side of a fence, terminating with a gate and a hawthorn tree.

I managed to capture the view with the remnants of snow as the deeper drifts melted away: 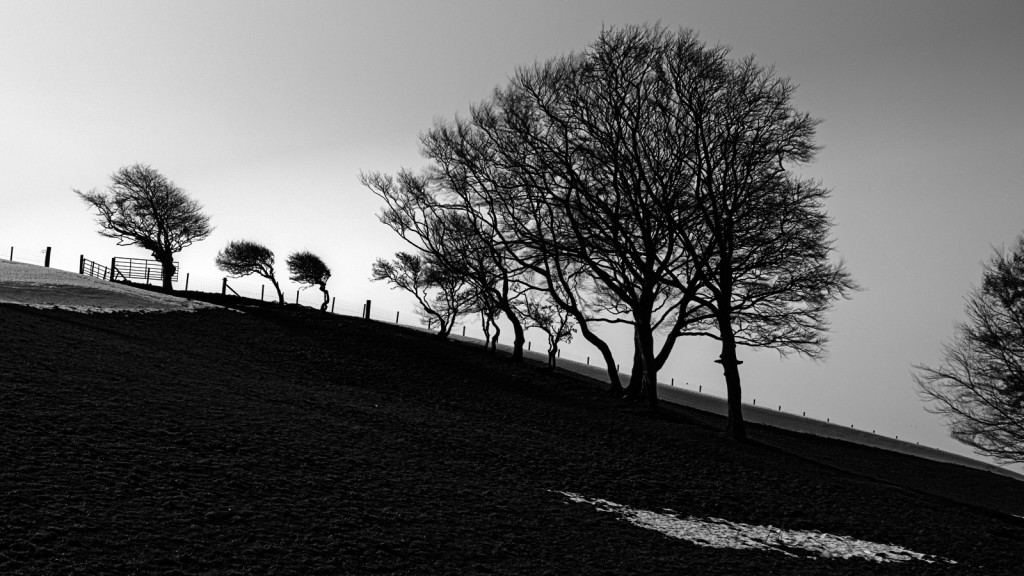 and I wrote a previous article about what set that image apart from a quick mobile snap of the scene as well.

As a photographer, I was looking forward to capturing the scene in varying seasons – indeed, I could anticipate my output becoming repetitive and running out of inspiration for different ways to portray it.

I got as far as two variations.

First, The Answer: tall beech trees, covered in new foliage for the onset of summer, blowing in the wind: 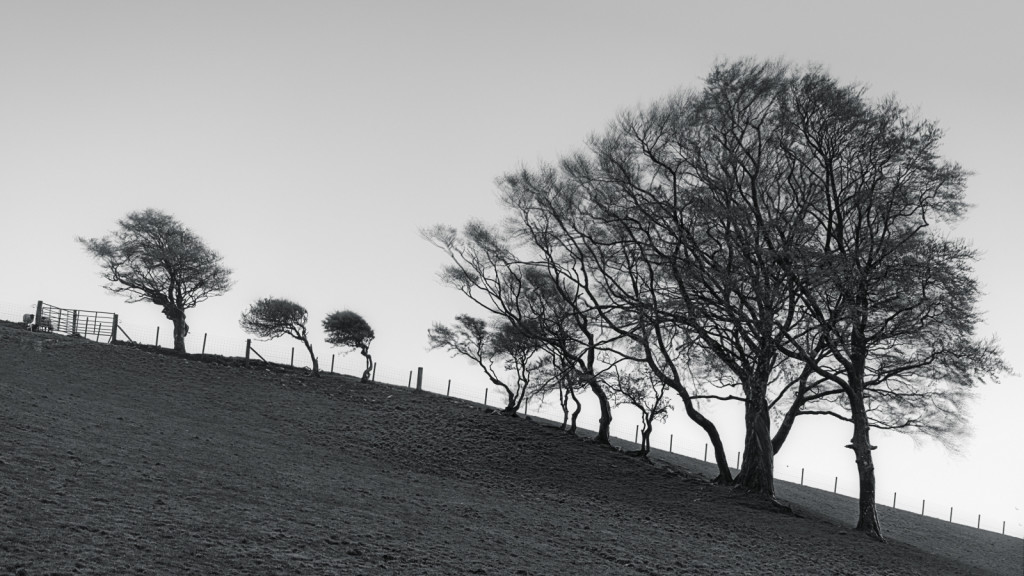 and then an evening portrait of summer skies with blue wispy cirrus clouds above the trees: 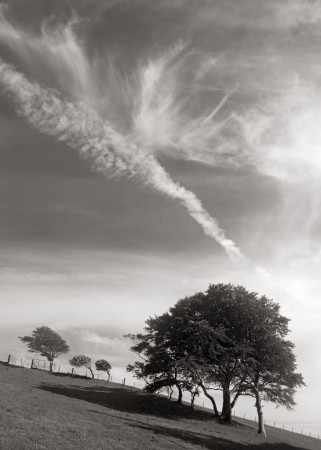 In the past week, the impressive beeches have been cut down; a drain pipe has been laid just this side of the trees, the fence is removed and the whole hillside has been ploughed so what used to be an expanse of green grass is currently brown soil. I guess at least that won’t last long before it recovers. 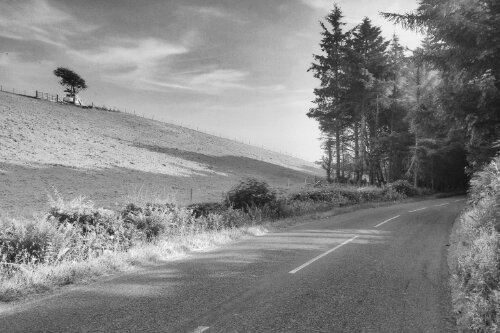 Our Earth Was Once Green

Yesterday evening I caught a TV programme about Scotland’s landscape, from the point of view of some awful Victorian book, a rather romantic tourist guide for “picturesque” views, the programme showing the contrast with tourists’ search for an “authentic experience” of Scotland – yet pointing out how, more or less by definition, to be a tourist is inevitably to be an uninvolved spectator.

One of the guests in the programme was a local photographer, who explained how landscape photographers struggle with the dichotomy of presenting the landscape as timeless, pure, untainted by human hand, whilst knowing in the back of their mind that they’re perpetrating a myth through selectivity, that the landscape is far from wild and natural – the deforestation dates back 8 millenia to pre-history, what now appears as Highland heather-clad grouse-moor heath used to be crofting land prior to the Clearances, etc.

While landscape used to be my chosen genre of photography, and a fair proportion of what I now shoot – including the above – still qualifies as such, I think it’s time to recognize that landscape photography is not just about the tourist photographer seeking ever-wilder ever-more-northern scenery, nice as that can be, but rather includes potentially less travel whilst valuably documenting the landscape changing from year to year, whether those changes arise from natural forces or human intervention.