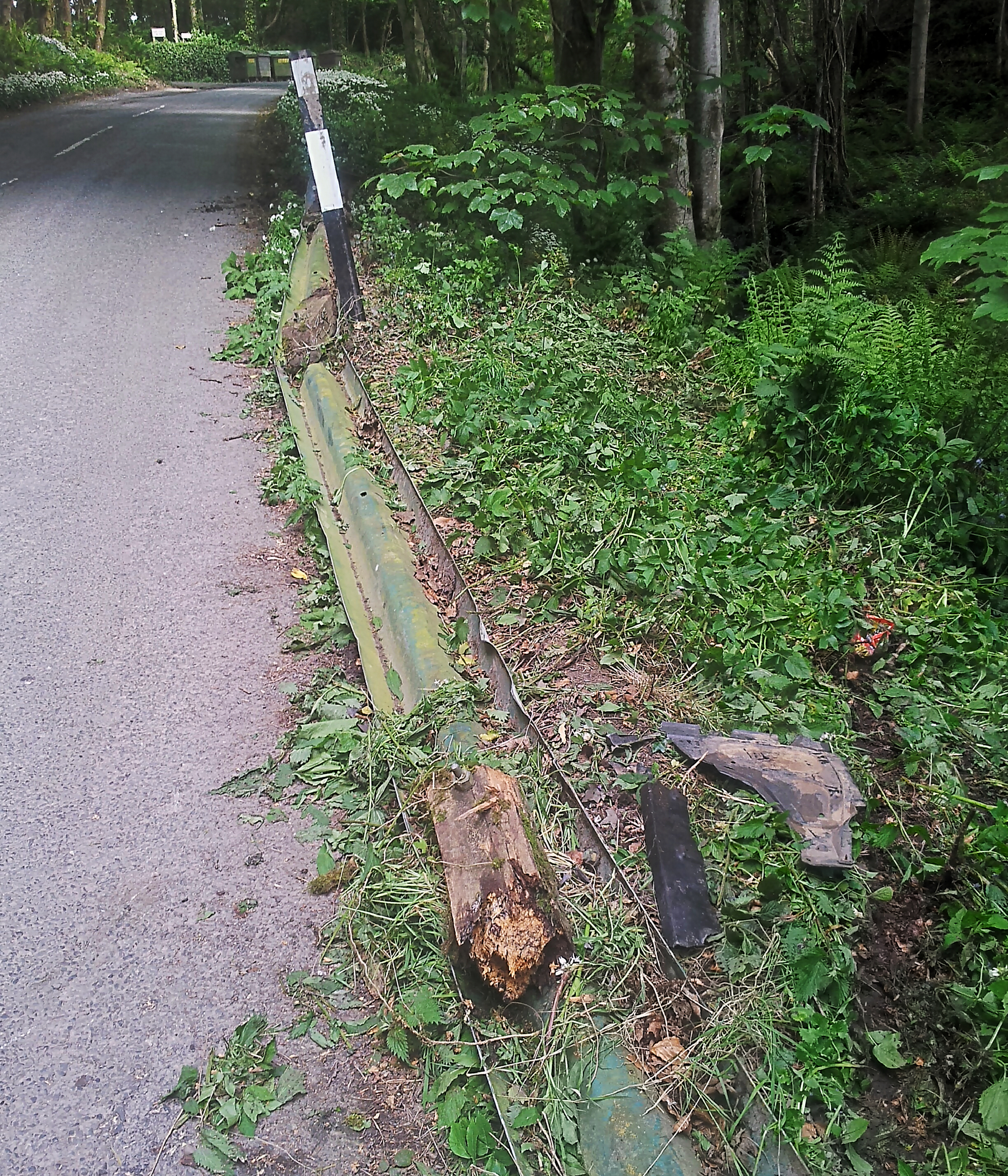 In the course of this morning’s walkies, Dog & I passed a police van with blue lights flashing, finishing-up at a small scene of wayside destruction.

I’ve been mulling over the nature of interactions with road users for a few months. Every day, we walk along roads (single-lane A- trunk and B- country, such as this), all national speed limit (max 60mph for cars). Being dutiful citizens, we tend to follow the Highway Code and stroll along the right of the road facing into oncoming traffic, as one might expect.

So, what combinations constitute the happiest encounters? To be clear, I don’t find comparatively high speeds inherently worrying – otherwise I wouldn’t walk beside roads with a 60mph limit; within reason, driving briskly only minimizes the encounter time, which is fine – we’ve all got places to go. I do find it horribly rude when drivers slow down so much and stare, as though Dog & I were some kind of roadside exhibition for their tourist pleasure, especially if I’ve paused to let them pass – it’s a presumption on my time. Considering the combinations of possible action and response above, I notice that happiness is maximized, not in simple direct proportion to the magnitude of a gesture (a wave beats a nod, etc), but rather when a gesture is present but middling (pulling out a yard beats overegging it and crossing the white lines to the other side of the road – what kind of an obstacle am I?!).

Those are the minutiae of decisions. Returning to the bigger picture, to reduce encounters to a simple matter of speed and law would be to neglect a vital other dimension: in acknowledging when other parties show consideration, however small, we acknowledge their humanity. We do not exist in islands made of metal boxes, but we live in relationship to a community of all road users; therein enjoyment can be found.