I did only say this blog would be mostly mobile photography. Time for something a little different.

Thanks to a tip-off from a Facebook page and some friends in Leeds, a couple of nights ago I watched the International Space Station passing overhead for the first time. I didn’t know what to expect; the magnitude (-3.0) hinted at it being “incredibly bright”, and indeed so it was. Bearing in mind I had no idea what to expect, the less said about those attempts at photographing it, the better.

But last night, I investigated further using Heavens Above and saw another passing was scheduled for 2329hrs. Seeing the weather conditions were favourable, I chose a location toward the top of a nearby hill and stood around to wait.

Approaching from the west: 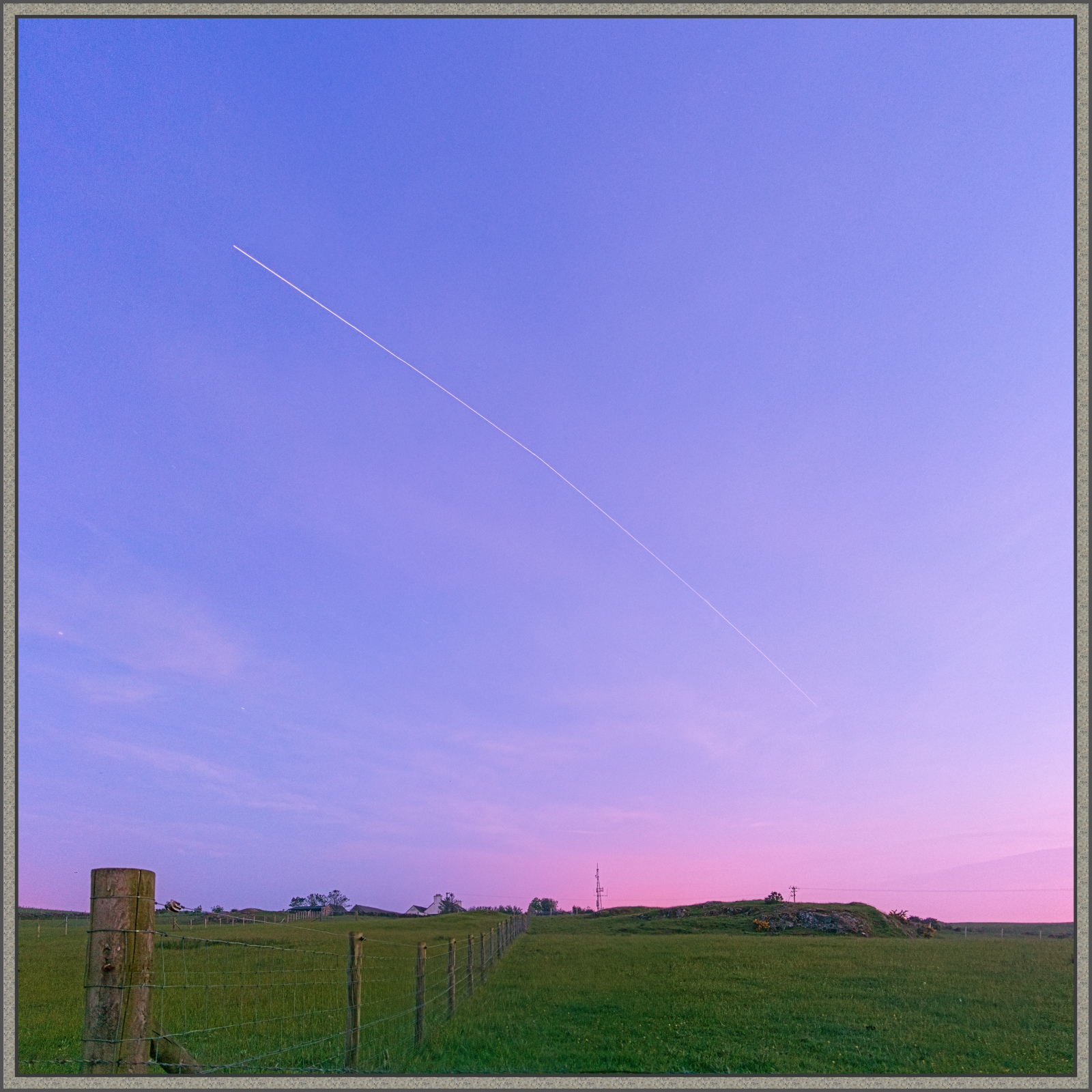 disappearing toward the east: 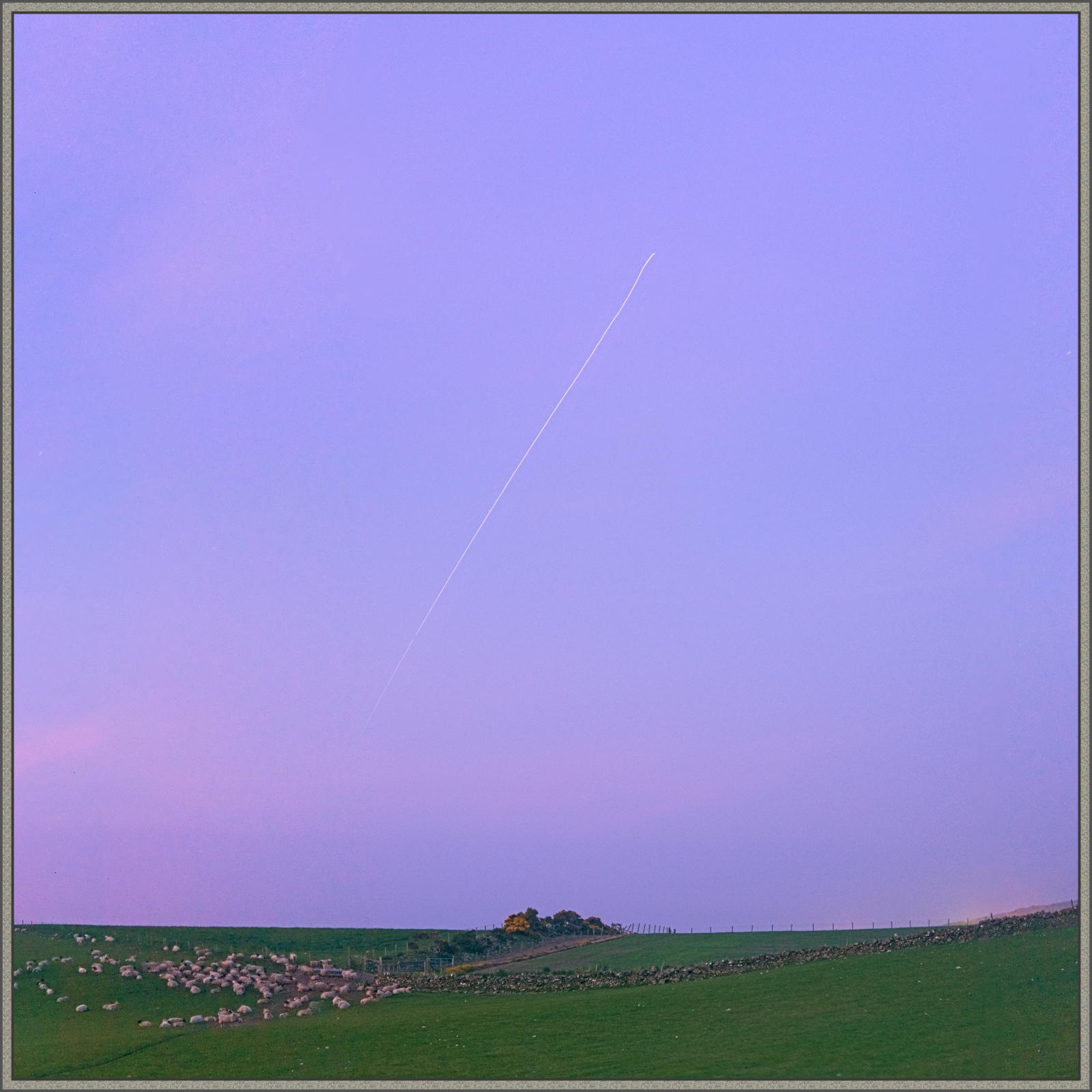 Some notes on the image processing:

The approach image comes from 6 frames at ISO800, f/4, 14mm, 15s each, taken in quick successsion; the departure image used 12 frames at ISO800, f/5, 29mm, 30s each. The high ISO was chosen partly in order to give me a chance to compose and track, partly to ensure the ISS showed up bright against the background. Both apertures are fairly wide to maximize the light captured yet give a reasonable depth of field in the landscape given the wide-angle focal lengths in use (I had pre-focussed the camera on infinity half an hour before setting out). High-ISO sensor noise is thermal and therefore random; however, long-exposure sensor noise gives a fixed pattern of hot and dead pixels. Therefore, by keeping the exposures short at 15-30s I was able to pan between shots, aiding the composition (the ISS’ path is subject to slight changes at the last minute), meaning all pixels could be calculated from more than one image with spatial offsets – stacking reduces image-noise. Finally, I took a dark frame (with the lens-cap on) to record the actual noise profile.

Initial RAW conversion used RawTherapee in order to subtract the dark-frame; images were stitched together using Hugin and enfuse biassed toward image entropy for high quality landscape and sky tones; because the averaging process reduced the intensity of the ISS’s track, I further blended the intermediate aligned images using ImageMagick and the maximum operator and overlaid the results selectively using the GIMP. Final colour toning and spatial control (high- and low-pass filters) was done in Darktable.