This was the view just outside Portpatrick, at the corner of the Dunskey B-road turnoff, water flooding off the hill onto the road.

On arriving home, I discovered a drain outside the gate was unable to cope with the sudden rain, and a gutter-load of water was flowing in a channel down the driveway, pushing gravel through the gate. 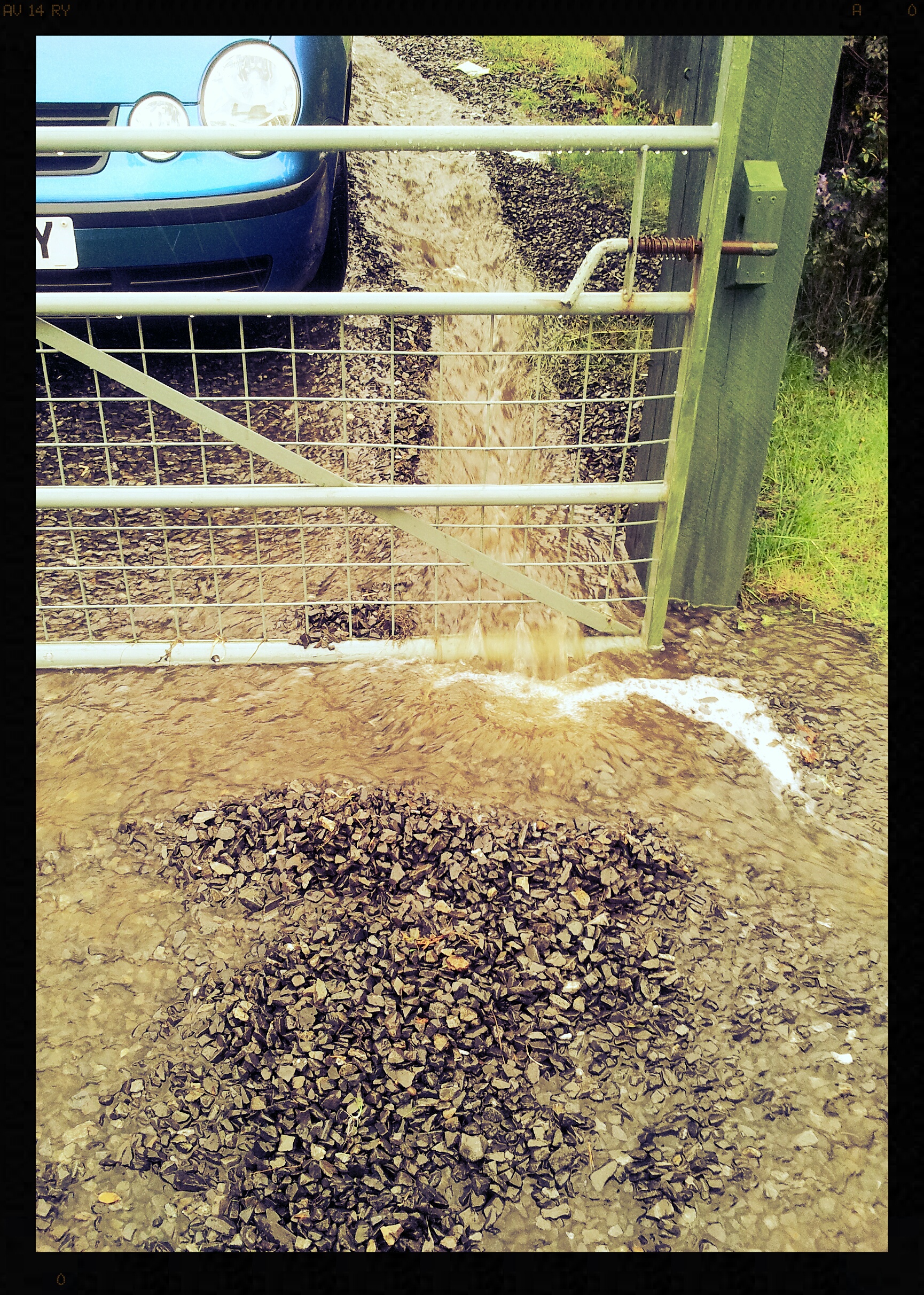 It took half an hour’s shovelling gravel to persuade some of the water to flow into a flowerbed the other side of the fence; in the meantime, the garage was flooded about 3in deep.

A couple of days later and the scale of damage caused is clear; while the driveway is now arguably better than it was before, roadside embankments have obviously suffered 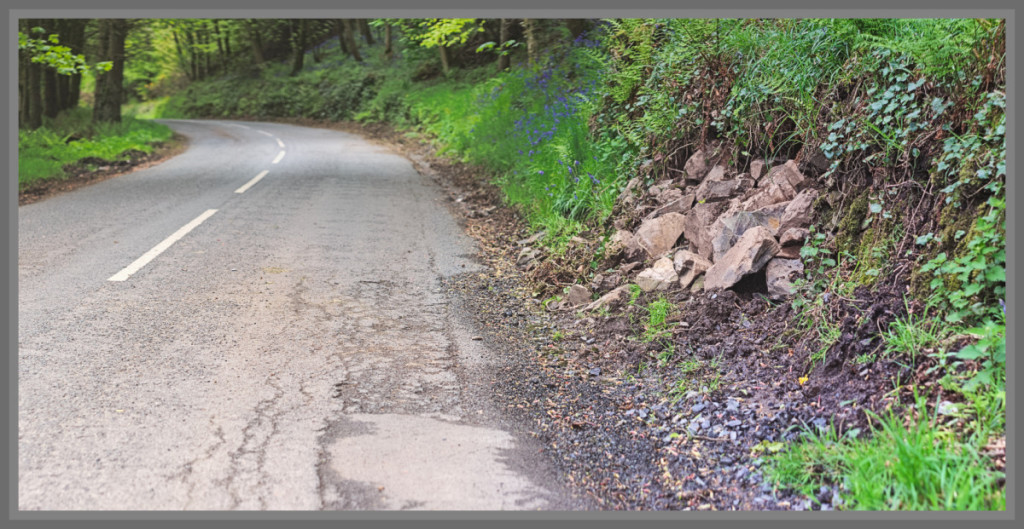 as has the road surface – the erosion from gravel and dirt flowing over tarmac is quite severe: 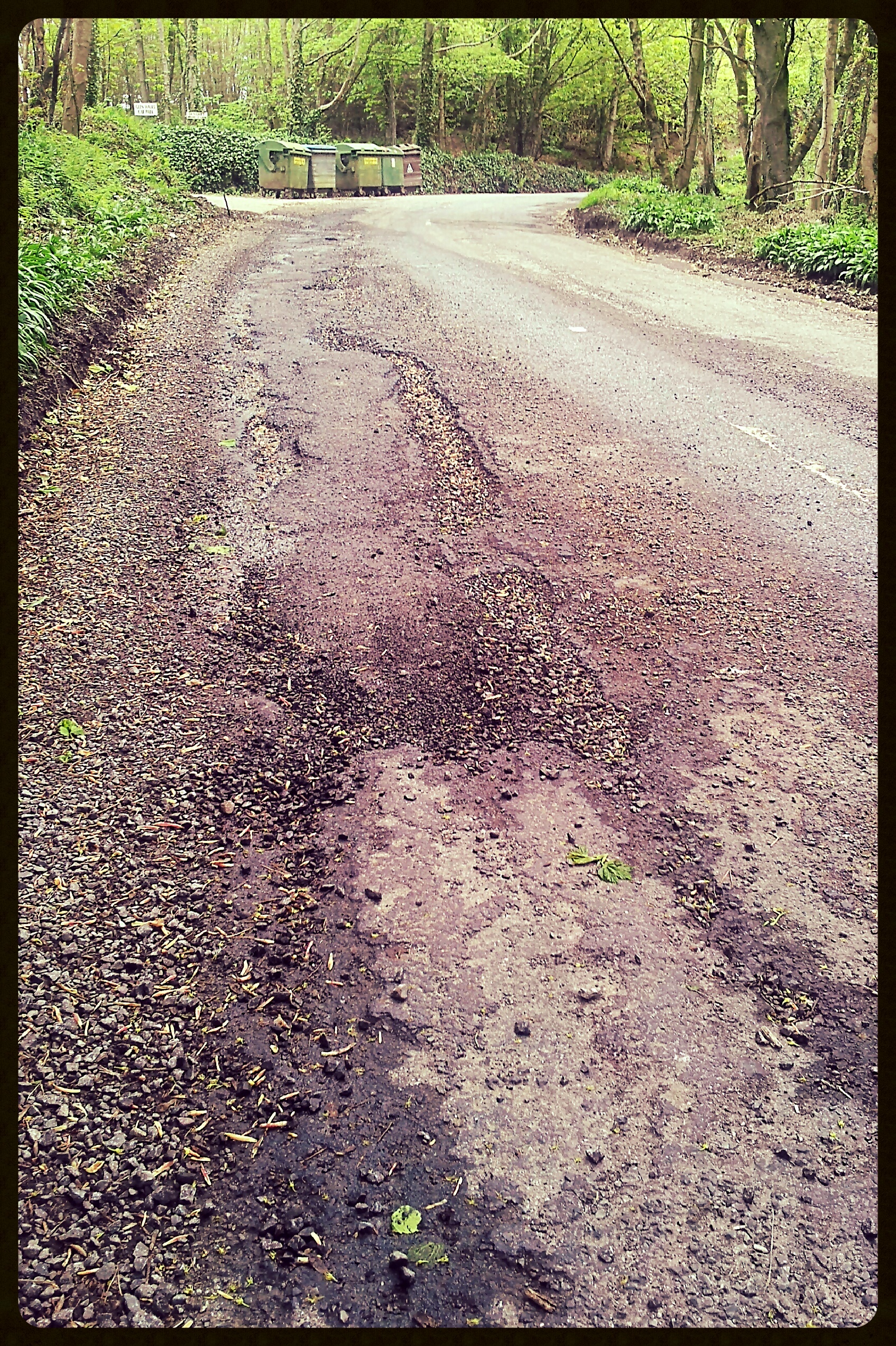