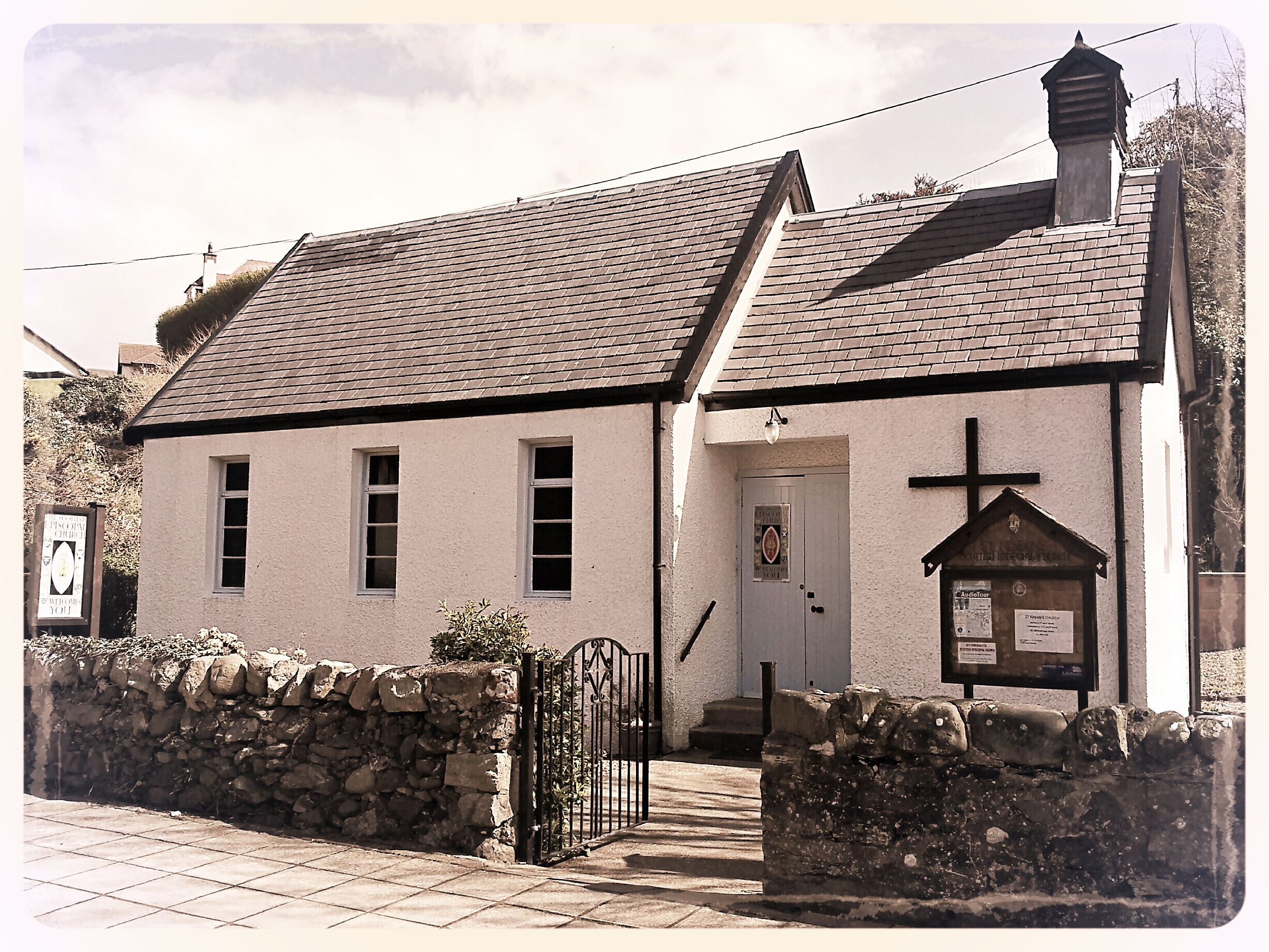 The building’s diminutive size lends a certain quaint charm to the idea of people coming here to worship, hence the vintage style processing on the photo.
Unfortunately, it also means the maximum seating capacity is only about 30.
The folks were pleasantly welcoming, but services are either Matins or stuck in the 1929 liturgy for some inexplicable reason – even worse than the 1970 version.
The most offputting thing is the fuss made (both written in the pew-sheets and announced) that there will be a `gathering note’ at the start of the hymns. What they actually mean is the building is too small for any kind of instrument of its own and the bought-in CD was made by a company that didn’t understand how to correctly accompany hymn-singing (with a proper introduction and consistent tempo, no such note is required). The resultant boom-box karaoke cacophany is just ghastly.
The church is part of a trio of charges around Wigtownshire. Services are Sundays at 10.30am if anyone’s interested.